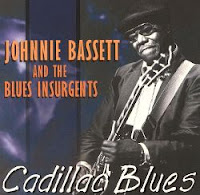 In the late 90's, a new record label had surfaced, Cannonball Records.  The first recording I ever saw from the label was a CD by Bernard Allison, the son of the recently departed Luther Allison. When I bought it, the first thing I noticed was the little ball bearing-sized "cannonball" that was placed in the corner of the CD case.  It slid up and down as you moved the case.......how cool!!  The CD was also pretty cool and showed that the younger Allison had big things ahead of him, too.....in fact, FBF subjected Mr. Allison to Ten Questions a few years ago, and you will hear one of his songs from that particular album later on in this mix CD.


Since I enjoyed that particular CD so much, I decided to go a bit deeper into Cannonball's group of recording artists and I discovered Johnnie Bassett, a Detroit blues man who deftly combined urban blues, jump blues, jazz, and even a bit of the Delta into his brand of blues.  One day while thumbing through the blues section in a Camelot Music store, I found Bassett's Cannonball debut, Cadillac Blues, and purchased it without hearing a single tune. 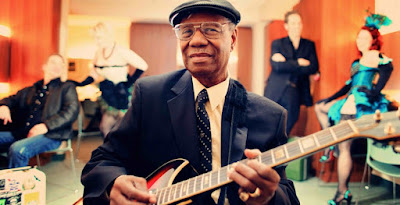 I was pleasantly surprised with my purchase.  Bassett played guitar a lot like B.B. King.....just a crisp, clear ringing tone and his husky vocals were a plus as well.  The band featured horns, drums, and organ....no bass, the organ took care of the bass parts.  I found out later that Bassett had been around for a long time, backing Big Joe Turner, Ruth Brown, Nolan Strong, Andre Williams, Smokey Robinson & the Miracles, John Lee Hooker, Eddie Burns, and many many more, even releasing a few previous albums of his own, which I later bought and enjoyed.  The band played slow blues and shuffles and just had a great sound.....a straight-ahead Grade A blues band.

When I was compiling my first blues fix mix tape for a friend way back in the late 90's, I knew that I had to have at least one Johnnie Bassett track on it.  I was really into him at the time, having seen him perform at the 1999 Blues Music Awards (then called the Handy Awards), where he and Cadillac Blues had received five nominations that year.  Bassett even performed at the show, performing "Cadillac Blues" and "Party My Blues Away," the title track from his upcoming album on Cannonball. 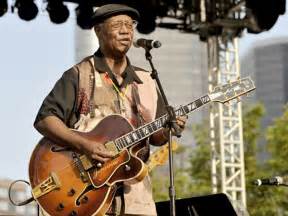 It was so cool to see him perform and afterward, as everyone walked from the Orpheum to Beale Street, we fell in behind him and his wife, walking hand-in-hand, with Bassett carrying his guitar case.  He later released a couple of other discs, which I haven't gotten to hear yet, and was pretty active until he passed away in 2012 after battling cancer.

Track Seven of our blues fix CD is "Cadillac Blues," from Johnnie Bassett & the Blues Insurgents.  If you've listened to a lot of blues, you've probably heard at least one song about an artist hoping for better times when he can just ride around with the lady of his choice in a brand new car, preferably a Cadillac, or maybe one who's living the life and has his own Cadillac.  Well, in this case, Mr. Bassett has one and he's on Cloud Nine.  This is one of my favorite blues songs ever, and I just love Bassett's smooth vocal, his crackling guitar, the band's funky backing, and the overall good vibe.  I hope you dig it too.