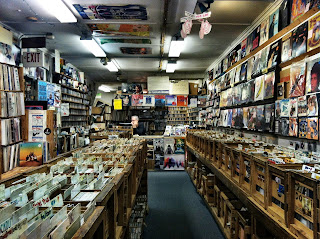 The calendar may say that Autumn is upon us, but the thermometer says otherwise down here in Far East Mississippi.  Temperatures are still in the mid 90's this week and you can still break a sweat walking from your house to your vehicle during the day.  Luckily, the nights are cooling off (to the low 70's), so it does feel a little more comfortable.  Anyway, the first days of fall mean that it's time for FBF to take a look at some of the season's great new release.  This week, we will look at six discs that definitely require a listen.  We will be checking out many others over the next few weeks, so keep checking back for more.

As always, expanded reviews of these albums can be found in current and upcoming issues of Blues Bytes, THE monthly online magazine of blues CD reviews. 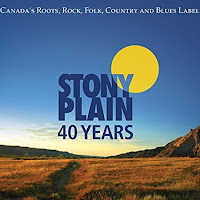 Various Artists - 40 Years of Stony Plain (Stony Plain Records):  Every five years, Canada's foremost roots music label issues a collection of their finest moments from a catalog that spans blues, rock, soul, jazz, country, and folk music.  It's always a great opportunity for listeners to hear their some of their favorites and discover a few previously unheard artists to add to their favorites.  I've been able to catch the last few of these and have found some great music in the process.

This time, the label offers a whopping three discs of music, two discs of songs from their impressive catalog......one disc is called "Singers, Songwriters, and Much More," and the other is called "Blues, R&B, Gospel, Swing, Jazz, and Even More."  Blues fans will find a lot to enjoy on both of these discs with tunes from Duke Robillard, Colin Linden, Eric Bibb, Ronnie Earl, MonkeyJunk, Rory Block, Paul Reddick, Billy Boy Arnold, Sonny Rhodes,  Joe Louis Walker, Maria Muldaur, and many more.  Non-blues types featured include Emmylou Harris, Rodney Crowell, Steve Earle, and Ian Tyson.

The third disc is called "Rarities and Previously Unreleased Material," and the title speaks for itself.  There are a dozen tracks that have seen limited release or were not used on their intended albums.  There are two tracks from Robillard, a couple from Bibb, and a pair of live tracks from Muldaur.  There's also an instrumental track from Big Walter Horton and a couple of tunes from a long-unheard album from the 80's that featured former Mississippi Sheik Sam Chatmon with a pair of teenagers (Colin Linden and Doc MacLean).  Chatmon was 83 at the time of these recordings (originally on Flying Fish Records) and sounds great.  There's a lot of great music on these three discs for blues fans and music fans in general.  Check out these testimonials from three of their longtime artists, Duke Robillard, Kenny "Blues Boss" Wayne, and Ronnie Earl, plus a short history of the label. 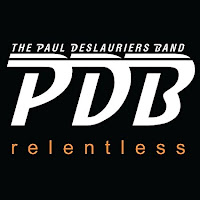 The Paul DesLauriers Band - Relentless (Big Toe Productions):  This band took second at this year's I.B.C., and it's easy to see how that happened when you hear their second release.  This hard-rocking trio just positively rips through this excellent ten-song set of original tunes.  While they certainly know how to rock the house, they're also capable of enticing, hypnotic grooves in the North Mississippi Allstars mode, or even getting down-in-the-gutter funky on several tracks.

Simply put, there's not a clunker in the bunch.  DesLauriers is a powerful vocalist and guitarist and he co-wrote all of these tunes with longtime collaborator Alec McElcheran.  They can rock the house at will, but also know their way around the traditional blues.  This is a remarkable set of blues and blues rockers that show that PDB just might take home the gold at next year's I.B.C. 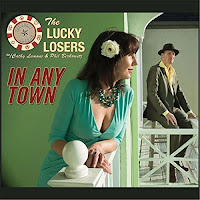 The Lucky Losers - In Any Town (Dirty Cat Records): Regular FBF visitors met Cathy Lemons and Phil Berkowitz during a Ten Questions With...post last year.  Their first release, A Winning Hand, was just that and their follow-up is even better, with eleven tracks of blues, soul, and R&B.  The pair alternate on vocals for several tracks and both do a great job individually, but I really like their rapport on the duets, with their playful banter and easy charm.

As on their debut, Kid Andersen produces and he plays guitar, bass, and keyboards.  Other guests include sax man Terry Hanck, guitarist Franck Goldwasser, and percussionist D'Mar.  Berkowitz also provides some fantastic harmonica, but what really makes In Any Town stand out is the chemistry between Lemons and Berkowitz.  It's pretty clear that these guys love working together and that making this album probably wasn't work at all for either of them. 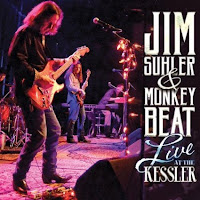 Jim Suhler & Monkey Beat - Live at the Kessler (Underworld Records):  Folks may know Suhler from his lengthy tenure as lead guitarist for George Thorogood, but he's also fronted his own band for over twenty years, and they have an impressive set of recordings under their belt.  They specialize in blues-based rock n' roll and roots music, featuring Suhler's dynamic guitar work.

This live release was recorded at the historic Kessler Theatre in Dallas in late 2015, and the 15-song set includes several favorites from their last few albums, a track from Suhler's solo album, Dirt Road.  There are a couple of new songs as well that are as strong as the old favorites.  Suhler is just amazing on guitar and Monkey Beat are rock solid in support.  For those unfamiliar with Jim Suhler & Monkey Beat, this is a great introduction to their catalog.  For their longtime fans, this is definitely worth picking up. 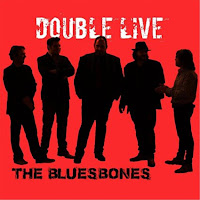 The BluesBones - Double Live:  This Belgium-based quintet has built a big following overseas in Europe, blending the sounds of traditional blues with modern pop and rock influences.  Their newest release is a live two-disc set, recorded at Hypestudio in Mechelen, Belgium.

The band is equally adept at blues and R&B.  Fronted by charismatic singer Nico DeCock, the band really tears through these songs, mostly originals, with some outstanding guitar work from Stef Paglia and keyboards from Edwin Risbourg.  It adds up to nearly two hours of great music that's sure to satisfy any blues fan. 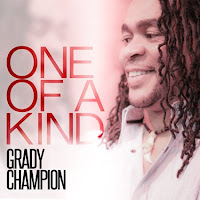 Grady Champion - One of a Kind (Malaco Records):  I've been listening to Champion for a long time and he continues to impress me with his refusal to run in-place.  EVERY album he records is a marked improvement over the last one, even when I have thought there was no way he could top himself.  This one, as you have probably surmised from the above comments, is the gold standard by which all of his future releases will be measured.

Champion is joined by his longtime collaborator, guitarist Eddie Cotton, and an all-star list of musicians who will be familiar to Mississippi blues fans, including Myron Bennett, Harrison Calloway, Jewell Bass, and the Jackson Horns.  He also gets assistance from a pretty impressive trio of guitarist.......Theodis Ealey, Mr. Sipp, and Elvin Bishop.  He wrote nearly all of the songs and their his best batch yet, mixing traditional blues with southern soul and R&B.  There's no question that this one will figure in next year's BMA's if there's any justice in the world.