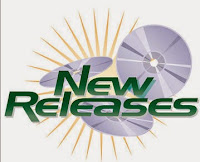 There are only a few weeks left in Spring (although we're already approaching the low 90's on some days down here in MS), so Friday Blues Fix wraps up our look at a few more of the season's best new blues releases.  As always, extended reviews of these albums can be found in current and future releases of Blues Bytes.....THE monthly online magazine of blues CD reviews. 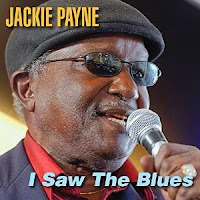 Jackie Payne - I Saw The Blues (Blue Dot Records):  Last spring, Payne finished up the recording of this album, his second solo effort, and was planning to release it at the end of 2014.  He suffered a major stroke in October and the album was shelved until guitarists Kid Andersen (who owns Greaseland Studios, where the album was recorded) and Anthony Paule began working to get the album finished up and released.  Soul/blues fans should send these two a big Thank You note for their efforts because Payne was at his best on these recordings.  He penned six of the twelve tracks and the cover tunes are not the standard cover fare, so they will be new to a lot of listeners.  Andersen and Paule provide excellent support on guitar and there's also a terrific horn section in tow.

Though Payne's prognosis was initially grim, he has made some amazing strides in his rehabilitation.  There's a benefit show in San Francisco at Biscuits and Blues on May 31st (this Sunday) to help raise money for his medical expenses and for the release of this album.  If you're in the neighborhood, stop by, check out the great music, buy this disc, and help one of the unsung heroes of the soul/blues genre get back on his feet again. 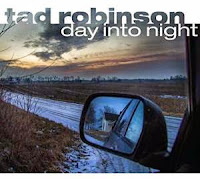 Tad Robinson - Day Into Night (Severn Records):  Keeping in the soul/blues vein, Tad Robinson is one of the finest vocalists in the genre these days.  His sound mixes Chicago and Memphis in equal measures and he's also a fine harmonica player.  He's part of the great soulful roster at Severn Records and this is his fourth CD for the label.  He's backed by one of the finest "house bands" around.......guitarist Johnny Moeller, bassist Steve Gomes, keyboardist Kevin Anker, and drummer Robb Stuppka....and they played a big part in the proceedings with Gomes and Anker co-producing (with David Earl) and collaborating on most of the songwriting with Robinson.

There's also an excellent horn section, plus some guest appearances by a pair of fine guitarist, Texas string-bending legend Anson Funderburgh and longtime Robinson collaborator Alex Schultz.  The songwriting is uniformly excellent with a cool late-night vibe that brings to mind vintage 60's and 70's soul and R&B.  For those who say that soul music is a thing of the past, Day Into Night will prove them wrong.  Fans of Robinson or soul/blues shouldn't pass this one up. 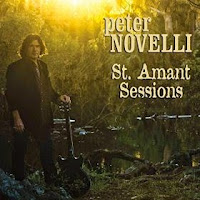 Peter Novelli - St. Amant Sessions (Chalet Music, LLC):  Singer/songwriter/guitarist Novelli has played with and written songs for a pretty impressive list of musicians, such as Dr. John, Sonny Landreth, Chris Thomas King, Greg "Fingers" Taylor, and many others.  For his third release, Novelli travelled to St. Amant, LA to Brian Brignac's Sound Shack.  Backed by a strong band that includes Brignac on drums, Chris Senac on bass, and Kevin McKendree (of Delbert McClinton's band) on keyboards, Novelli rips through a set of Louisiana-based blues and roots music that's bound to get you up and moving.

Landreth joins Novelli on one track, "Louisiana Surprise," which Novelli wrote in tribute to the legendary slide guitarist.  Also joining in the fun is zydeco star Chubby Carrier, whose accordion adorns a couple of standout tracks.  Novelli's songwriting is spot-on, and his versatile guitar and strong vocals are a plus as well.  I plugged this one in prior to my trip to Jazz Fest and it really helped put me in the mood.  It should do the same to you if you have a hankering for the sounds of the Bayou State. 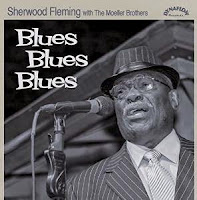 Sherwood Fleming - Blues Blues Blues (Dynaflow Records):  A few weeks ago, we looked at Dynaflow Records' fine release from Jewel Brown.  The label's latest release features a transplanted Mississippian, Sherwood Fleming, who first found fame in the 50's, recording for Modern Records with a little success ("Good Woman Blues") before giving up on music for many years.  Dynaflow label head Eddie Stout helped him get back on track with a few gigs, then teamed him up with some of Austin, TX's finest musicians, including Johnny and Jason Moeller and sax man Kaz Kazanoff for this outstanding release.

Fleming mixes six original tunes with six well-chosen covers that range from Mahalia Jackson's moving "Trouble of the World" to Andre Williams' "Jailbait" to the classic "My Time After Awhile."  His own compositions show Fleming to be an underrated songwriter (he penned the late 60's/early 70's hit "For Five Long Years" for the late blues singer Larry Davis).  Fleming is complemented perfectly by Johnny Moeller's guitar work.  This is a nice and surprising comeback release for Fleming, who is approaching his 80's, and hopefully, we will be hearing more from him soon. 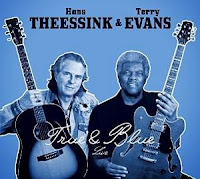 Hans Theessink & Terry Evans - True & Blue (Live) (Blue Groove Records):  I have really enjoyed Theessink's last few recordings.  His fluid guitar work and his warm baritone vocals are a nice combination.  Since 2008, he has collaborated with native Mississippian and former Ry Cooder sideman Terry Evans on a pair of excellent studio recordings (2008's Visions and 2012's Delta Time).  Evan's gospel-flavored soul vocals is a perfect complement to Theessink's vocals and their latest release together finds them performing a 14-song acoustic set in Vienna.

The set list includes six Theessink originals and eight cover tunes, mostly tracks they performed on their studio releases, with a couple of songs from Theessink's own albums mixed in.  There's also a Delta-styled reworking of one of Evans' tunes from his magnificent late 80's album with Bobby King (see below).  This is a very enjoyable live set.  The duo is obviously having fun with the songs and the audience is very receptive to their efforts.  If you've not experienced the musical talents of Theessink and Evans, this would be a great place to start.