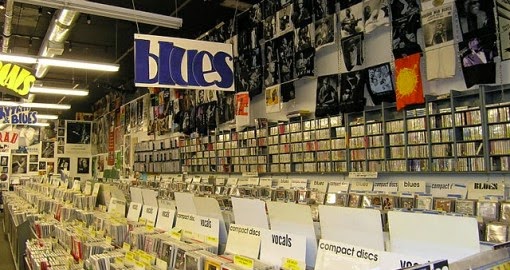 Here we go.....another week, another set of great new recordings for you hungry blues fans to consume.  This week, FBF will look at five new discs that deserve to be heard and should be in your collection in one format or another.  There's plenty more where these came from, too.....enough that possibly we will be running a four-part New Blues For You for this spring, so keep checking back with us over the next few weeks.  As always, expanded, more detailed reviews of each of these discs can be found in current or future issues of Blues Bytes, THE monthly online magazine of blues CD reviews.  Let's get to it, beginning with...... 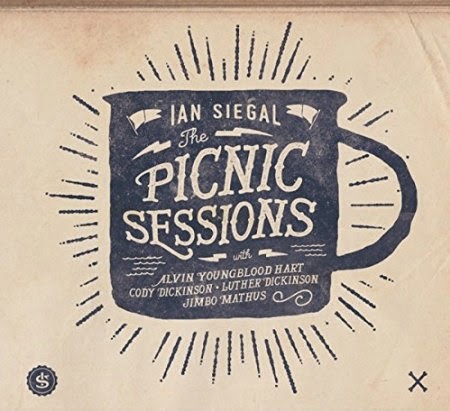 Ian Siegal (with Alvin Youngblood Hart, Cody Dickinson, Luther Dickinson, Jimbo Mathus) - The Picnic Sessions (Nugene Records):  About two years ago, British blues-rocker Siegal attended the North Mississippi Hill Country Picnic near Oxford, MS, where he met up with local residents Luther and Cody Dickinson and Alvin Youngblood Hart (with whom he released the marvelous Candy Store Kid in 2012 as the Mississippi Mudbloods) and Jimbo Mathus.  The five decided to meet up the next afternoon and jam at the Dickinson's Zebra Ranch studio, just five guys hanging out playing whatever instruments were within reach, impromptu, very old school with no modern technology involved whatsoever.....just sitting around a bunch of old microphones with an old tape machine.

The afternoon expanded to two afternoons and a session in which everyone obviously had a blast participating.  The result is a spellbinding set of blues and roots music, mixing original tunes by Siegal (some written or re-written on the spot) with a few traditional songs.  The vibe is definitely laid back, relaxed, and spontaneous with instrumentation that includes guitar, banjo, mandolin, mandocello and harmonica.  Siegal's songs always hold your attention because they usually consist of subjects that all of us can relate to, plus his uniquely original knack with a lyric holds your attention.  If you're into the Hill Country blues sound, or roots and Americana styles, this is a disc that you will want to hear.  Check out a few samples below..... 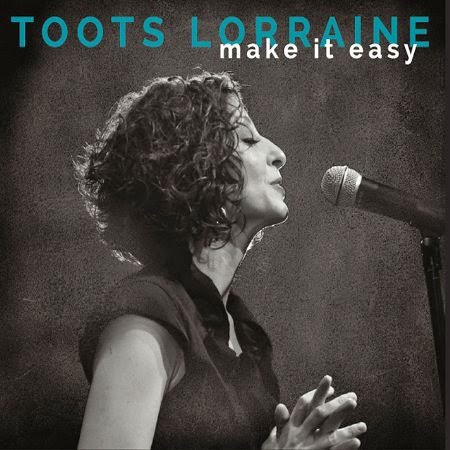 Lorraine and Dant penned seven of the twelve tracks, and they blend pretty seamlessly with the cover tunes.  Dant's guitar work and tone occasionally brings to mind the work of T-Bone Walker, and Lorraine's vocals shine on all the tracks.  She's equally comfortable whether in blues, jazz, or gospel mode (check out her take on the gospel classic, "Wade in the Water," with backing from Dant and Andersen).  This is a varied and well-rounded set that really shows the range and depth of Lorraine's voice and some fine old-school guitar work from Gant. 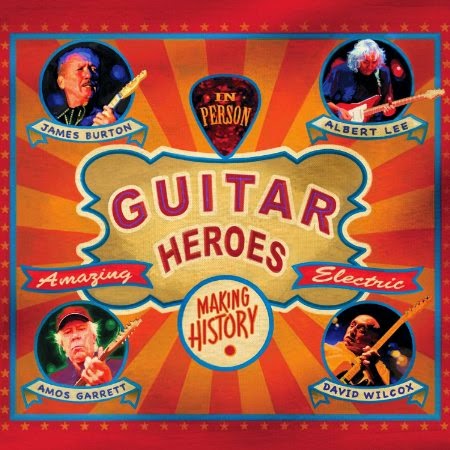 Guitar Heroes (James Burton, Albert Lee, Amos Garrett, David Wilcox) - Making History (Stony Plain Records):  This is one of two great guitar collaboration discs that just hit stores (we'll talk about the other one in a couple of weeks).  Most fans of well-played guitar will know these cats, whose marvelous string-bending spans multiple genres.  This was originally planned as a one-time-only appearance at the Vancouver Island Musicfest in May of 2013 by festival artistic director (and a pretty tough guitarist himself) Doug Cox.  It was recorded with the intent of giving each of the guitarists a souvenir disc of the occasion, but the end product was so good that Cox and Stony Plain chief Holger Petersen decided to release it for public consumption....and we should all send them a nice Thank You note for their efforts.

The foursome works through a 11-song set of blues, rock & roll, rockabilly, and country tunes, most of which will be familiar to any music fan.  The set was taken live off the board, with no overdubs, no edits or fixes.  Keep that in mind when you listen, as you hear how much room each guitarist gives the other to shine.  There's no ego involved at all, nobody trying to one-up anybody else, just four legendary guitarists giving their best effort while playing with their peers.  The only thing better than the disc would be to have witnessed it in person.  Hopefully, this one-time deal will expand and we will get to hear these guys again soon. 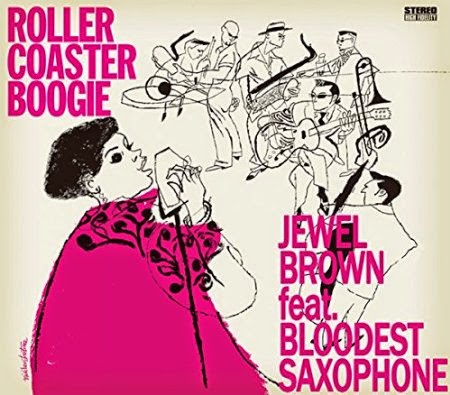 Jewel Brown (featuring Bloodest Saxophone) - Roller Coaster Boogie (Dynaflow Records):   Ms. Brown was part of one of 2012's best releases, Milton Hopkins & Jewel Brown.  That disc led to a European, Asian, and South American tour, along with a nice gig at the Chicago Blues Festival.  It also led her to Japan to record this great album with the fantastic Japanese swing band, Bloodest Saxophone.

The disc features thirteen classic blues, jazz, swing, pop, and R&B tunes and the 77-year-old Ms. Brown is like a force of nature on these tracks, sounding as great on the pop tunes as she does on the urban blues and R&B numbers.  There's a wide range of songs here, too, both familiar and unfamiliar, including the theme to the old TV series, "Bewitched," and the jazz workout, "Afrodesia," but Ms. Brown shines the brightest on the blues and R&B tracks, with the highlight being "Ain't Nobody's Business."

Ms. Brown retired from the music business in the early 70's to take care of her parents, but has stepped back into the spotlight over the past decade.  It's a shame we went so long without hearing her powerful vocals, but it's great to have her back for sure.  Check out the video below for a little "Behind the Scenes" look at the making of the album. 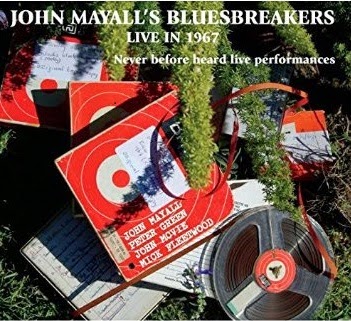 John Mayall's Bluesbreakers - Live in 1967 (Forty Below Records):  John Mayall has been singing and playing the blues since the late 50's, and his Bluesbreakers band served as a launching pad for numerous musicians, including a few who went on to do pretty well themselves....Eric Clapton, Mick Taylor, Walter Trout, Coco Montoya, Jack Bruce, Aynsley Dunbar, and numerous others.  One of the most formidable lineups included three future members of Fleetwood Mac.  Bass player John McVie and guitarist Peter Green both served lengthy tenures with Mayall in the mid 60's, but they were joined for a three-month period in early 1967 by drummer Mick Fleetwood.  From about February to May, 1967, this was the Bluesbreakers' line-up and because their time together was so brief, the band never made it into the studio.

During early 1967, a Dutch fan, Tom Huissen was able to sneak a one channel reel-to-reel tape recorder into five different London clubs during this three-month period, and was able to capture this band in performance.  The tapes remained unheard until Mayall recently acquired them and began restoring them.  Even though the final product is not pristine sound, it's good enough that you will be able to hear how great these performances are, especially Peter Green.  I had heard for years when I started listening to the blues about this great British guitarist, but these recordings really show him at his best.  The set list includes a lot of Otis Rush and Freddy King songs, two of Mayall's biggest influences, but also a few tracks from the Bluesbreakers' early recordings and a few that have never appeared before.  Green and company left to form Fleetwood Mac not long after this, so it's really cool to see how things developed and how they turned out.  This is definitely required listening for blues guitar fans.