Still Hanging in There 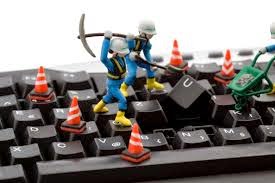 I'm still waiting for my computer to come off Injured Reserve, so this week's offering is a bit of a piecemeal post mostly working off a borrowed tablet, which I'm still learning to operate, so bear with me.  Call this a mini-post for the week and hopefully in the coming weeks, when all is back to normal on the technology front, you can look forward to a couple more New Blues For You - Autumn Edition posts, a report on an upcoming performance from a blues icon that yours truly is supposed to be attending, a profile on a blues legend who is still going strong, and, hopefully, a couple of Ten Questions With.....subjects that will be required viewing.  In the meantime......

If you call yourself a blues fan at all, you really need to pick up the latest issue of Living Blues.  It's a double-sized issue about the Mississippi Blues Trail that takes you through five regions of the state, looking at each of the 100+ blues markers, musical venues, festivals, gravesites, great restaurants, and other items of interest in each area.  This is an extensive, comprehensive list.....not just the touristy stuff......this is the REAL DEAL Mississippi Blues scene.  The magazine is also available as a digital download, complete with musical playlists as suggested in the magazine.  Go to Living Blues' website for more information, but trust me.......you really need to get your hands on this issue.  It contains everything you need to know about the blues and blues culture in Mississippi.

It occurred to me a few weeks ago, when the September issue of Blues Bytes went live, that it was in September of 1999 that I started writing CD reviews.  Over that fifteen years, I have written over 1,200 reviews of blues CDs, DVDs, and books.  When I started, people listened to CDs and cassettes for the most part, read books and magazines and watched their movies/documentaries on DVD/VHS.  Now, many people download their music to iPods or computers, use tablets, iPads, etc.....to read books and magazines, and even stream movies/documentaries on their TVs, laptops, or other devices.  It's amazing how much technology has changed the way we do things in such a short amount of time.  Anyway, it's been a lot of fun these past fifteen years.  I've listened to a lot of great music and met some really great people in the process.  I've always enjoyed writing and Blues Bytes gave me a chance to write about something that I love, and even gave me the confidence to start my own blog.  Anyway, keep your eyes out for the October issue, which should go live pretty soon. 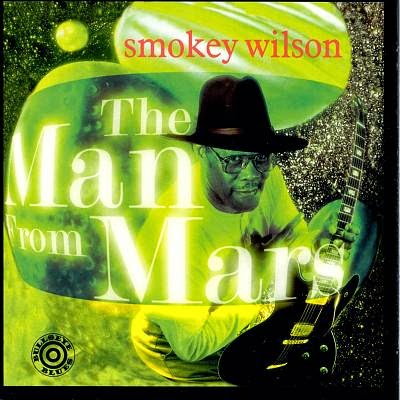 With the next issue of Blues Bytes in the works, I usually take a few days off from listening to new releases (some really choice selections will be coming up in the November issue, too) and go through my collection to hear a few old favorites.  This week, I've been listening to two or three pretty good ones.  One of them is Smokey Wilson's The Man From Mars, a long time favorite of mine.  Wilson was born in Mississippi, but relocated to L.A. in his mid thirties, where he opened up a club in Watts (the Pioneer Club) and led his own house band.  He recorded sporadically during the 80's, but really hit his stride in the early 90's with Bullseye Blues, where he recorded three spectacular CDs.  The Man From Mars was the third of them, and he sounds great.  His guitar work is incendiary and so are his Howlin' Wolf-styled vocals.  If you're a fan of blues guitar and you're not familiar with Wilson, you're missing a real treat.  See below....... 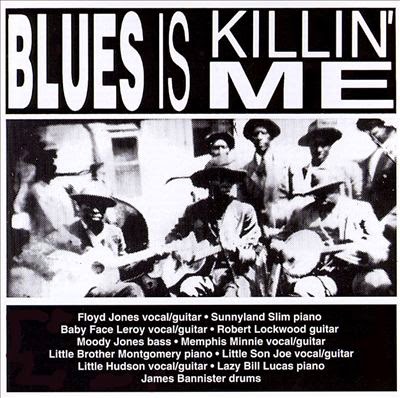 Blues Is Killin' Me was issued in the early 90's by Paula Records, and showcases 20 tracks from the underrated 50's Chicago label, JOB Records, with tracks from Baby Face Leroy Foster, Floyd Jones, Memphis Minnie, and Little Hudson and His Red Devils.  I've talked about Jones and Memphis Minnie here previously, but Baby Face Leroy is also worth a mention as well.  He played drums in Muddy Waters' band, and the group recorded a seminal version of "Rollin' & Tumblin'" on Parkway Records in 1950 that is still talked about by blues scholars today.  His solo tracks here, recorded a few years later, are equally good.  Unfortunately,  he passed away in the late 50's at the age of 38 from a heart attack.  Then you have Floyd Jones singing "Dark Road" on here and some nice tracks from Little Hudson to enjoy as well.  This is a great set of early electric Chicago blues from some noteworthy, but less familiar artists.

Hopefully, FBF will be back at full strength next week with a look at some great new recordings.