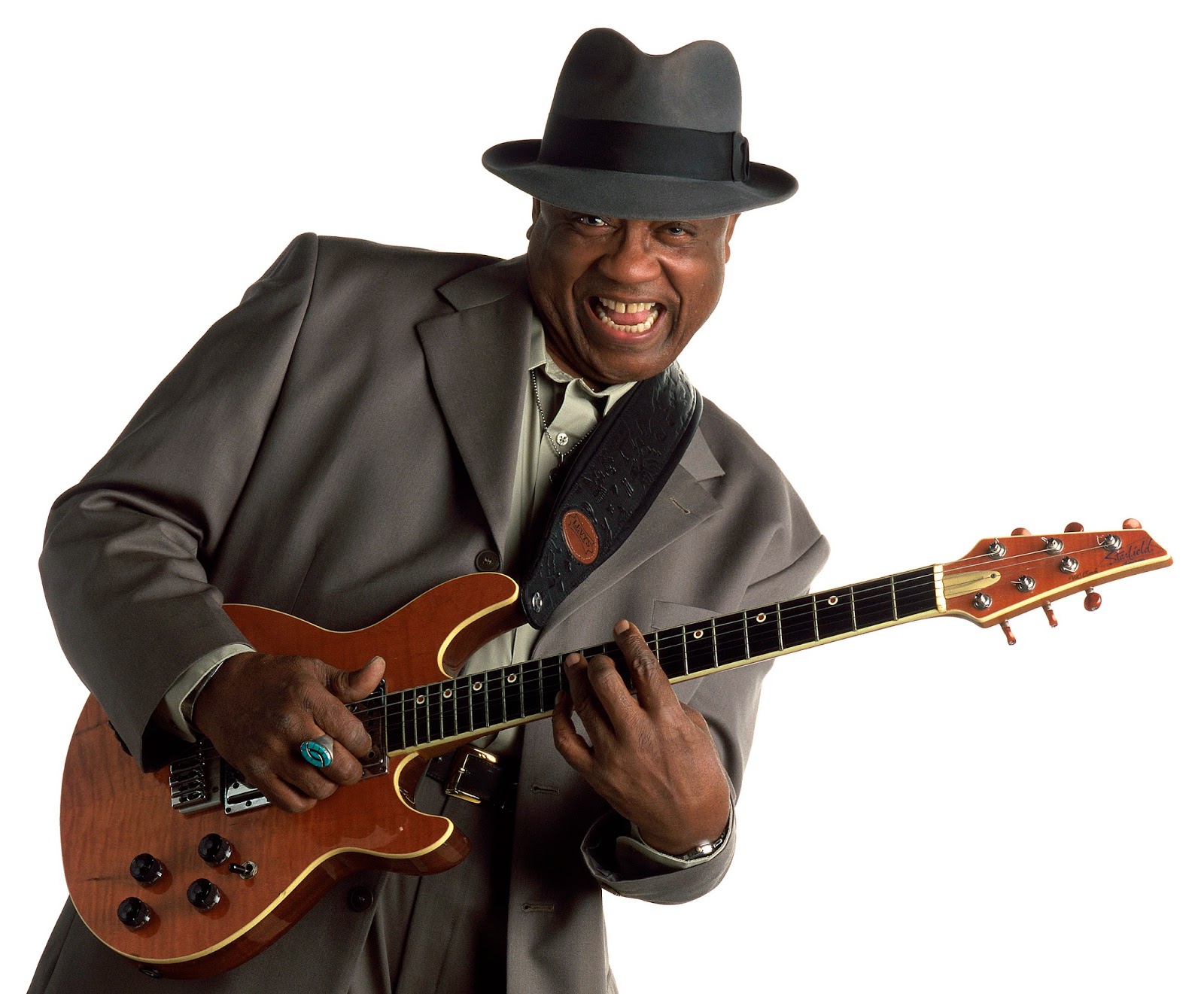 The first time I ever saw W.C. Clark was on Austin City Limits in 1990, not long after Stevie Ray Vaughan was killed.  The program aired a celebration of Clark's 50th birthday, recorded in 1989, which featured appearances by the Vaughan brothers, Kim Wilson, Lou Ann Barton, and Angela Strehli, all of whom had been in one band or another with Clark since the 70's.  It was a nice performance, with a lot of up-and-coming stars paying tribute to a local legend who had helped pave their way.  It was obvious that all of them loved and respected Clark, based on the caliber of performances they were giving.


Being naturally curious, I wanted to find out more about Clark, but of course, these were the days before the internet, when knowledge was not at the tips of your fingers, but required a lot of determination and investigative work.  Needless to say, I mostly struck out at the time, but did find enough bits and pieces to stay interested.  For example, I found out that Clark had been a big part of the original version of Double Trouble, that he had formed several bands over the past couple of decades that included many of Austin's up and coming blues artists, and that he had been a part of the Austin blues scene since he was a teenager in the 50's, and was commonly referred to as "The Godfather of Austin Blues." 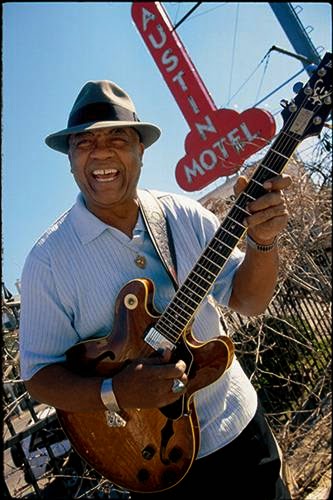 W.C. Clark was born Wesley Curley Clark in Austin, on November 16, 1939.  From the beginning, he was surrounded by music....his father was a guitarist and his mother, grandmother, and sisters sang in the church choir.  The only blues that Clark heard at home as a youth was when his stepfather played the radio, but he often hung out with his cousin, Big Pete Pearson, who played the blues and he often heard some of the older folks in his community playing as well.

As a teenager, he started playing guitar and bass, joining local legend T.D. Bell's band as a bass player while working on his guitar chops on the side, then playing with Blues Boy Hubbard's band, the Jets, for six years.  He met Joe Tex, who hired him to play guitar in his band.  Clark traveled throughout the south with Tex, learning from him and others such as James Brown and Tyrone Davis.

When Clark left Austin to tour with Tex, the blues and R&B scene in Austin was basically at a standstill with seemingly little room for improvement.  After he left Tex and returned to Austin, he was pleasantly surprised at the changes that had taken place while he was gone.  Many young, white musicians had migrated to Austin and had begun playing the blues and learning and interacting with the black blues musicians who were still plugging away.  The new faces included artists like Stevie Ray and Jimmie Vaughan, Paul Ray, Denny Freeman, Bill Campbell, Angela Strehli, and Lewis Cowdrey.

In the early 70's, Clark formed Southern Feeling with Freeman and Strehli, with the younger Vaughan occasionally sitting in with the group.  While Clark had honed his performing skills while on the road with Tex, he really developed as a composer while with Southern Feeling.  The group tried to sign with Atlantic Records, but the deal fell through, and the band dissolved soon after.  Clark took a job as a mechanic at a local Ford plant, but Stevie Ray Vaughan was a constant visitor as he tried to persuade Clark to join a new band that he was forming.


Eventually, Clark quit his day job and joined Vaughan's band, the Triple Threat Revue, which also featured vocalist Lou Ann Barton, keyboard player Mike Kindred, and drummer Freddie Pharoah.  This was the earliest version of what would become Double Trouble and while Clark was with the group (he left in the late 70's to form his own band, The W.C. Clark Blues Revue), he and Kindred wrote "Cold Shot," which later became one of SRV's biggest songs. 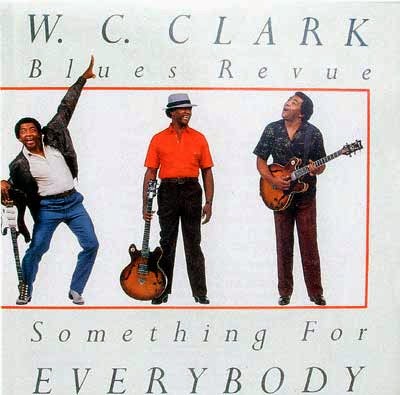 In the mid 80's, Clark released an album with his band, Something for Everybody, and he and his band became mainstays of the Austin blues and R&B scene, playing at most of the clubs and opening for many of the numerous blues acts that came and performed as part of the city's burgeoning blues scene in the 80's and 90's.  As many of the young musicians that Clark took under his wing began to have successful careers in the late 80's, they started to return the favor, such as the Austin City Limits celebration of Clark's 50th birthday in 1989. 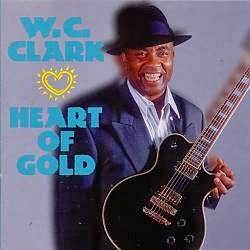 In 1994, Clark signed with Black Top Records, and released his second solo album, Heart of Gold.  This disc teamed Clark with many of his Austin cohorts, including Double Trouble on a couple of tracks.  Clark showed himself to be equally adept at Texas roadhouse blues, urban blues, and greasy Memphis-styled soul on Heart of Gold and there were many great moments on the album.  Clark covered a pair of songs associate with B.B. King, Latimore's "Let's Straighten It Out," and his own "Cold Shot" was given a funky shuffle treatment.  He also contributed a strong set of original tunes, too, including the title track and "You've Got To Love Me." 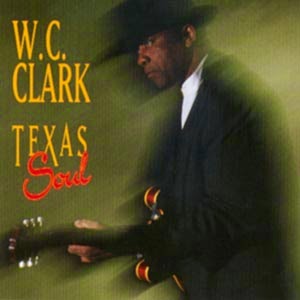 A couple of years later, in 1996, Clark released a follow-up, Texas Soul, that was just as strong as its predecessor, leaning more toward the soul side of the blues and giving Clark a lot of room to shine as a vocalist.  His singing often brings Al Green to mind, especially on the Teenie Hodges/Willie Mitchell opener, "I Only Have Love For You," but he's very much his own man on songs like Willie Nelson's "Funny How Time Slips Away," and his own "Rough Edges" and "Reminiscing." 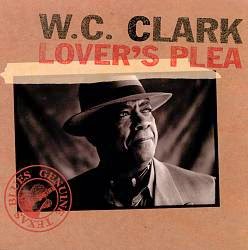 In March of 1997, Clark in an accident while driving his band's van, returning to Austin from a gig in Milwaukee to play at the SXSW Festival.  Clark injured his arm, but his fiancee', Brenda Jasek and his drummer, Pedro Alcoser, Jr., were both killed in the accident.  Clark took a while to recover from the accident, but resurfaced in 1998 with his third Black Top effort, Lover's Plea, which included a tribute to Jasek, "Are You There?" 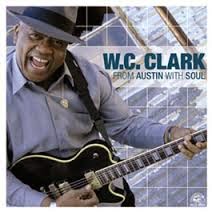 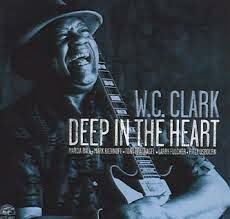 Black Top folded soon after Lover's Plea was released, but Clark signed with Alligator, which had distributed his last Black Top release.  In 2002, he released From Austin With Soul, and it ranked with his best recordings.  In addition to several great new originals, he covered songs from Clarence Carter ("Snatchin' It Back"), O.V. Wright ("I've Been Searching"), Bobby Bland ("You've Got Me Where You Want Me"), and even ventured down to New Orleans for the Lee Dorsey classic, "Get Out of My Life Woman."  A couple of years later, he returned with his sophomore Alligator release, Deep In The Heart, which featured more great blues and soul originals and covers, notably John Hiatt's "Tip of My Tongue." 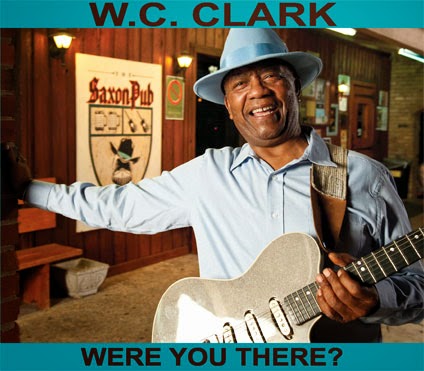 Clark has toured extensively since, all over the U.S. and throughout the world.  Over time, he has become as familiar to many blues fans as the youngsters he helped along the way while he played such a huge role in the development of Austin as a music city.  In 2011, he released an album on his own label, called Were You There?  This set captured many fan favorites of his live repertoire....songs originally done by others that he has made into his own.


If you like your blues mixed with a heavy dose of soul, W.C. Clark provides all that you will ever need.  His mixes the roadhouse blues of his mentor T.D. Bell and his protege' Stevie Ray Vaughan with the urban blues style of B.B. King and Bobby Bland and a healthy dose of Memphis-based soul in the tradition of Stax Records and Al Green.  Now that's a gumbo that worth a second helping every time!

Great piece! Thanks for sharing. May I ask where you got the Southern Feeling image? :-)

Thanks. I actually found that via Google Search on Denny Freeman's page (http://www.dennyfreeman.com/cobrasSFeel.html).