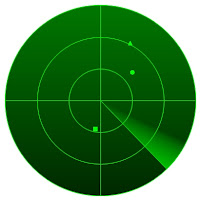 Today, Friday Blues Fix looks at five more "under the radar" albums picked up over the years that you might have missed.  Most of my favorite purchases over the years were either impulse purchases by artists I'd never heard before, or CDs that I found while looking for something else...."happy accidents," if you will.  These five fall under one of those categories.
While going through these, I got a sad feeling, remembering how cool it used to be to hit those record stores and thumb through their Blues sections, looking for something new to listen to.  Most of the stores I used to frequent are shut down now, and the ones that are left rarely update their Blues section.....if they even have one. 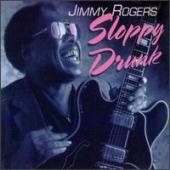 (Evidence):  This is one of that great batch of releases originally recorded in Europe that Evidence Records picked up and released domestically in the early 90's.  Rogers took a long sabbatical through most of the 1960's.  This effort was one of his first sessions upon returning to the scene, recorded in 1973, and featured an absolute all-star line-up of 1950's era Chicago legends (Willie Mabon - piano, Louis Myers - guitar, Dave Myers - bass, and Fred Below - drums).  Rogers sounds wonderful and the entire session has a smooth, relaxed feel, mixing remakes of his classic Chess sides along with a few new selections.  The Evidence release includes five extra live tracks recorded with the same group.  Jimmy Rogers has always been one of my favorites and I plan to devote an entire post to him in the near future.  In the meantime, check out this track from Sloppy Drunk, "Slick Chick." 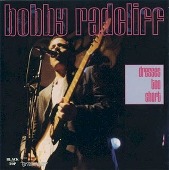 (Black Top):  In the 80's through the mid-90's, some of the coolest blues sounds around were coming from the folks at the New Orleans-based Black Top Records (another subject for a future post).  When I started listening to blues, nearly every purchase I made included at least one Black Top recording.  After I transitioned to CDs, Black Top had shut down operations, so I turned Ebay upside down trying to re-purchase them on CD.  This recording, by the DC-based guitarist and disciple of the great Magic Sam, was very high on my list, and one listen will prove why.  It's a non-stop thrill from start to finish as Radcliff plays with such ferocity that you're sure his strings will ignite.  Also a great singer, he deftly handles everything thrown his way on this set.  He recorded three more discs for Black Top, including a live one, but this one is my favorite.  Check out the funky opener from Dresses Too Short 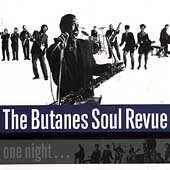 The Butanes Soul Revue - One Night...

(Atomic Theory):  Strictly an impulse buy at the time, I had no idea who the Butanes were, but doesn't that cover look cool?  Throughout the 80's and 90's, the Butanes were one of the hottest R&B backing bands in the business, serving Crescent City legend Earl King for ten years and zydeco artists Al Rapone for five.  When playing at their homebase, Minneapolis, the group added a vocalist, Maurice Jacox, some female vocalists, and a few extra horns to form the Butanes Soul Revue.  This live set, recorded at the Cabooze Bar in Minneapolis, captures the group at their very best, tearing through an incredible set of soul and blues standards, including the Otis Clay classic, "A Nickel and a Nail."  What's unusual about this live recording is that the audience noise is way back in the mix, almost inaudible.  The result is what appears to be a studio recording with the high energy of a live performance that's sometimes lacking in the studio. 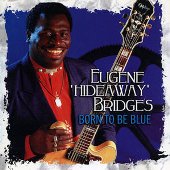 (Blueside):  What I first thought upon hearing this disc in the late 90's was "sings like Sam Cooke, plays guitar like B.B. King," which should be enough incentive in itself to encourage listeners to give this one a shot.  There's a third influence present as well, Bridges' father, Othineil, who was known throughout SE Louisiana as Hideaway Slim, in tribute to his masterful playing of the Freddy King instrumental.  This track, "Aching Heart," was written by Bridges and inspired by B.B. King.  Bridges has continued to develop and impress blues fans overseas, but still has not recorded for a U.S. label. 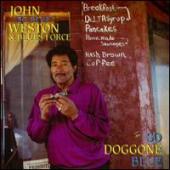 and Junior Kimbrough's All Night Long

), Arkansan John Weston's debut release was just as good as those two, but destined to linger in the background, largely unnoticed.  When Fat Possum initially folded in the mid 90's, Evidence scooped this one up and reissued it on their label.  Weston, who won the Blues Foundation's Lucille Award in 1989, was a more-than-capable harmonica player and has a warm, burnished vocal style, but his strength was his songwriting, where he addressed lost love, loneliness, and growing old in words that we can all relate to.  On So Doggone Blue

, he's backed by a crack band of local musicians, which includes the highly underrated Tony Broussard on guitar, who really shines on this disc and on many of Weston's subsequent recordings.