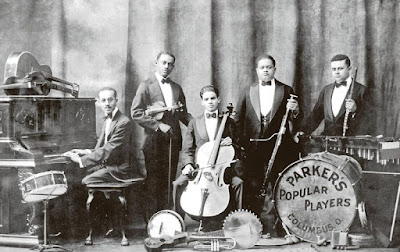 It's time once again, dear readers for an all-instrumental day at FBF?  I've been listening to music for a long time now, and dating back to the mid to late 80's, one of my favorite things to do was make a mix tape of my favorite instrumentals collected off of my album collection.  I would throw in rock, R&B, jazz, and blues instrumentals and plug them into my Walkman (Holy Cow, am I old or what?!!), so this is always kind of fun to do.  Here are four more instrumental tracks that are guaranteed to make you move or put a smile on your face.  Hope you enjoy listening. 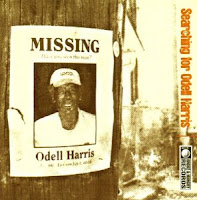 First up is the elusive Odell Harris, who passed away in 2014.  In 2006, after much searching, scheduling and hand-wringing, Harris was recorded by Jeff Konkel for Broke & Hungry Records.  Konkel recalled the whole process in one of our initial Friday Blues Fix Ten Questions With.....posts.  When all seemed lost and the session seemed to be headed to crash-and-burn mode, Harris reached deep down and produced one of the best and rawest sets of Mississippi blues you'll likely hear.  The whole disc (Searching for Odell Harris) is one that blues fans really need to have in their collection, but for now check out this funky, loose-limbed instrumental between Harris, guitarist Bill Abel and Lightnin' Malcolm on drums, "Daylight Romp," which just materializes out of nowhere and fades away in almost the same manner.  Hang on!! 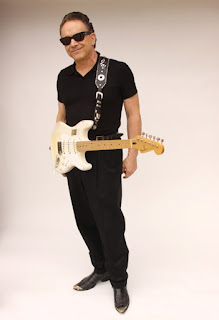 Next up is Jimmie Vaughan, one of my longtime favorite guitarists.  He was one of the first blues guitarists I got to see in person, when he was with the Fabulous Thunderbirds.  He came on stage dressed to the nines with that cool stratocaster slung across his shoulder and I couldn't take my eyes off him as he played one incredible solo after another.  On the T-Bird albums, his solos were always crisp and concise and just didn't seem long enough.  When he appeared on stage, he was able to really dig into his solos and pull every tasty drop out of them.  I really feel that he is extremely underrated as a guitarist and is actually one of the best blues guitarists currently practicing.  After he left the T-Birds in the late 80's and recorded Family Style with his brother, Vaughan launched a solo career, which has consisted of five albums over a 22 year period.  If you're not familiar with his work......I don't know how that could happen......you can get caught up with The Essential Jimmie Vaughan collection on Sony/Legacy, which collects some excellent music from his solo recordings and a couple from his T-Bird years.  After that, you'll want to backtrack and pick up the rest of his catalog.  Trust me on this......some of the finest guitar you'll hear.  In the meantime, please check out "Dirty Girl," one of my favorites, from his 2001 album, Do You Get The Blues?  Let me tell you.......Jimmie Vaughan GETS the blues like very few do these days. 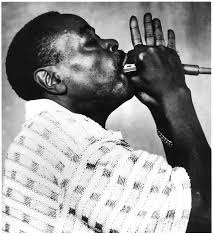 Here's the late Chicago harp master, Carey Bell, who was recognized as one of the last of the great Chicago harmonica players.  Bell, who passed away in 2007, was born in Macon, Mississippi, but was influnced by some of Chicago's finest.....the two Sonny Boy Williamsons, Little and Big Walter, and the great DeFord Bailey.  At 19, he moved to Chicago with his uncle, piano man Lovie Lee, and he continued to learn at the feet of the harmonica masters of the city.  Despite his talent, he hit Chicago at a bad time for harp blowers and ended up playing bass guitar to make ends meet.  He didn't record until the late 60's and really didn't hit his stride as a recording artist until the 90's, when he recorded several albums for Alligator and Blind Pig Records.  One of the best albums was Good Luck Man, released in 1997 on Alligator, and one of that album's best tracks was the storming instrumental, "Bell Hop,"  Bell's son, Lurrie Bell, continues the Bell family's blues traditions these days. 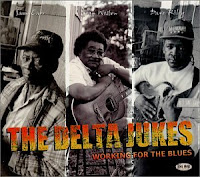 Finally, speaking of "Hops".......in the early 2000's, I happened upon a really cool CD from a group who called themselves The Delta Jukes.  Carr Hop - The Delta Jukes.  They were an offshoot of sorts to the fabled Jelly Roll Kings - guitarist Big Jack Johnson, harmonica/keyboard player Frank Frost, and drummer Sam Carr.  The common factor between both groups was Carr, who maintained his steadying influence and rhythms behind the drum kit.  Guitarist Fred James also worked in both groups, as the unofficial fourth member of each group.  The two newcomers were John Weston, who contributed his rugged harmonica, smooth vocals, and highly personal songwriting, and singer/guitarist Dave Riley, whose feral growl was a perfect complement to Weston's more relaxed vocals.  The group only released one album together, Working For The Blues, on Black Magic Records in 2002, and there was an instrumental, "Carr Hop," that was one of the highlights.

That's all for now.  More blues to come next week.