This week, Friday Blues Fix takes a brief look at some new and upcoming releases that could be finding their way into your collection in the coming weeks.  There are so many great new albums over the past couple of months that we will have to split up our mini-reviews over a few different posts, which is a nice problem for blues fans to have, so don't forget to check back in the coming weeks to see what else is new in the blues recording world. 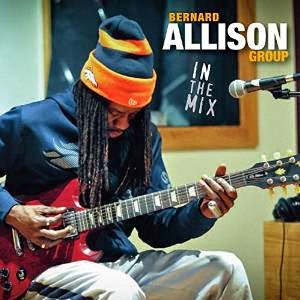 Bernard Allison Group - In The Mix (Jazzhaus Records):  It's been six years since Allison's last studio release and his new effort backs off a bit from the usual screaming guitars to focus more on the songs and grooves.  Funk and soul have always been a part of his music, but this time around those styles are even more emphasized.  That doesn't mean the guitar is in the background by any means.....Allison pulls out some impressive slide guitar on several tracks (he acknowledges Johnny Winter for teaching him his slide technique) and he still unleashes some powerhouse solos.....it's just that on this album, he sort of comfortably sits back and takes his time and lets the songs flesh out.

The track list is evenly split between originals and covers, including a couple of his dad's tunes.  It's always interesting to hear his re-interpretations of his dad's music.....he always brings something fresh to those tunes.  There are also covers of songs by Colin James, Tyrone Davis, and Freddie King.  His own songs are strong as well, including a nice track co-written by his mother, and also a swamp blues-styled tune co-written by Allison and Lonnie Baker Brooks.  This is Bernard Allison's best release to date, no question, and is one of FBF's favorites of 2015 so far. 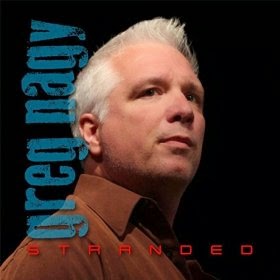 Greg Nagy - Stranded (Big O Records):  Nagy, who used to be with the Midwestern blues/soul band Root Doctor, saw his long marriage come to an end during the recording of this album.  From those unfortunate events came what is definitely his most personal release and certainly one of his best.   His performances on these ten tracks, both vocally and on guitar, are absolutely spellbinding.

The music focuses mainly on the Blues and Soul side of things, but there's also several tracks that mix Pop and R&B.  Nagy is joined by his former Root Doctor band mate Jim Alfredson, who plays keyboards and also co-produced and co-wrote several of the songs with Nagy, and Zach Zunis also guests on guitar.  Nine of the ten tracks are originals (one is written by Kevin McKendree), and the lone cover is a good one.....the Bobby Blue Bland classic "Ain't No Love In The Heart Of The City."  Nagy really outdoes himself on this CD, with some great vocals and songs that will thrill blues fans and soul fans alike. 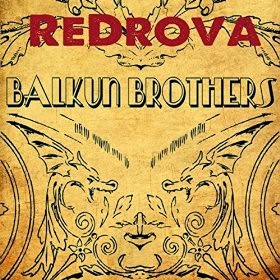 Balkun Brothers - ReDrova:  This Connecticut-based trio has already made a lot of noise despite having been around for only about five years.  They made the semi-finals three consecutive years at the IBC, making the finals in 2013.  They've finally gotten around to making a full length album with ReDrova, which is a fiery and relentless set of Blues Rock that mixes traditional blues with modern rock and the way that they do it is pretty impressive.

Guitarist/singer Steve Balkun is a wizard on whatever stringed instrument he picks up.  These twelve tracks are all original and they venture into Blues Rock, Southern Rock, Traditional Blues, Urban Blues, and even Hill Country Blues. Their versatility lifts ReDrova well beyond your standard Blues Rock fare and will suit any Blues fan just fine.  Don't let this one pass you by.  You can thank me later. 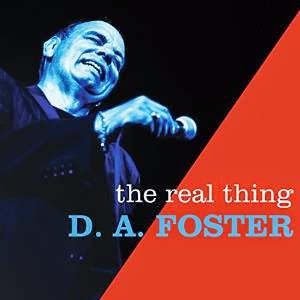 D. A. Foster - The Real Thing (Shaboo/VizzTone):  Foster owned the legendary Connecticut roadhouse, The Shaboo Inn, in the 70's and early 80's, where he booked numerous Rock and Blues acts.  A natural talent as a vocalist, he received pointers from many of the performers and eventually formed his own band, the Shaboo Allstars, which included Matt "Guitar" Murphy in its ranks at one time.

Though Foster has been performing for years, The Real Thing is his debut recording and he is backed by members of the Phantom Blues Band (members Tony Braunagel and Mike Finnigan produced the disc) on a dozen soul and blues cover tunes.  They move from older tunes from the Duke/Peacock catalog and standards like "Down Home Blues" and Brook Benton's "Lie To Me" to newer or less familiar fare from artists like Jerry Lynn Williams, Eddie Hinton, and Dave Steen.  It sounds like Foster and the band had a blast making this record and the feeling is contagious when you listen. Breezy Rodio - So Close To It (Windchill Records):  Former New York resident Rodio relocated to Chicago several years ago, where he met up with Guy King, who mentored the young guitarist, before connecting with Linsey Alexander and appearing on The Hoochie Man's last two CDs for Delmark (Been There Done That and Come Back Baby).  He's also released a couple of solo efforts, a Blues disc that featured Alexander and Lurrie Bell and a Reggae disc featuring Donald Kinsey.

So Close To It finds Rodio focusing on the blues with some outstanding originals and well-chosen covers.  He really shines on several tunes associated with B.B. King, T-Bone Walker, Ray Charles, and even Elvis Presley.  The original tunes are equally inspired and effective.  Lurrie Bell returns on this disc, singing and playing guitar on one tune.  Other guest stars include Billy Branch, Carl Weathersby, keyboardist Chris Foreman, and singer Joe Barr.  Breezy Rodio may be Chicago Blues' best-kept secret for now, but that should change if Blues fans get to hear this release.

That's all for now, but don't worry, Gentle Readers.....Friday Blues Fix will be looking at more new releases in the coming weeks, so stay tuned.