I first heard Minnesota guitarist Tom Feldmann when I reviewed his 2007 CD, Side Show Revival.  It was a mix of original tunes that sounded for all the world like classic pre-war country blues and spirituals.  He really captured the sound and feel of those old dusty sides with his gruff, soulful vocal delivery and his nimble guitar work.

I've also heard Feldmann's last three discs, 2010's Tribute, Lone Wolf Blues from 2012, and his most recent release, Delta Blues and Spirituals, which was released late last year.  On these three albums, Feldmann pays tribute to many of the early guitar players who influenced him in both the blues and gospel fields.  For fans of acoustic guitar, these should be absolutely essential listening, as Feldmann is a master interpreter and creator in both genres.  He has released 12 CDs on his own Magnolia Recording Company. 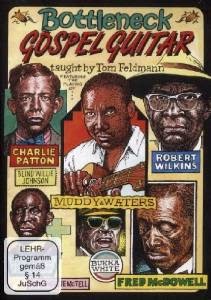 Feldmann has toured North America and opened for David Bromberg, David Lindley, and others, but is largely content to stay close to home and spend time with his wife and two daughters.  He graciously agreed to sit down with FBF and discuss his musical influences, techniques, and preferences, how he got into instructional videos, and tips for anyone who wants to learn to play guitar.

Friday Blues Fix:  Growing up, what kinds of music did you listen to?

Tom Feldmann:  As a kid it was Christian music, that’s what was on the car radio mostly, and I was pretty much solely into Michael Jackson until my early teens.  It was the Beatles from that point to my late teens when I discovered Country Blues.  I obsess over 1 band, or 1 style, and really don’t stray from that.

FBF:  How did you get started playing music?  Was guitar your first instrument?

TF:  I had to take piano lessons as a kid.  I hated that and I can’t play a single note to this day.  I wanted to play guitar when I was like 12-13yrs old and took a handful of lessons but nothing stuck, the lessons were as boring as the piano lessons so I quit.

TF:  Country Blues is the first music I heard and felt I had to learn how to play.  I didn’t know anything about the music, the form, the tunings, etc., nor did I really have any basic guitar know how.  I just figured I’d learn to play guitar from learning the songs, and that’s what happened.  It wasn’t like ,“I’m going to learn to play the blues.”  I heard John Lee Hooker and Muddy Waters and Lightnin’ Hopkins and Son House and inwardly felt a lightning strike go off and I had to learn how to play what they were playing.  As I think back on it, it really was a “had to” feeling and not an “I want to.”

FBF:  Who were some of your early influences on guitar?   Did you have influences from genres besides the blues?

FBF:  Which of the early blues guitarists have the most challenging playing styles?

TF:  I can only speak to what’s been most challenging to me.  Blind Blake, Lonnie Johnson, Rev Gary Davis…Piedmont and ragtime styles prove to be my biggest struggle.  Delta Blues, Texas, Chicago, those styles and players I’ve taken too easily, or naturally.  Again, that’s just me.

FBF:  How did you get started doing the instructional videos?


TF:  In 2010 I put out a CD called Tribute.  It was my first all-covers CD which featured the gospel recordings of my blues influences.  I sent a copy to Stefan Grossman as a thank you for exposing me to video performances of many of the artists that had influenced me.  A few days later he asked me if I would be interested in helping with some videos, I had no idea what he meant and said “of course.”  He said he wanted me to teach lessons on Blind Willie Johnson, Gospel Blues of Mississippi John Hurt, and Bottleneck Gospel Blues.  I had never taught before, this was my first time teaching and so I watched a bunch of his videos and Stefan and Woody Mann’s styles of teaching appealed to me the most, so I developed my lessons around there approach.  After I got done filming those first 3 lessons Stefan gave me a sheet of paper with a ton more lessons to do…Charley Patton, Son House, Bukka White, Fred McDowell, Robert Johnson, Skip James, etc., etc., He said, “here, do these next.”  I couldn’t believe it! #1, how were these lessons not already taught, and #2, how is it that I got to be the one to teach them?  Huge honor, blows me away to this day.

FBF:  Your albums move back and forth between blues songs and spirituals…..how much influence did gospel music have on the blues?

TF:  The form itself, blues and gospel, have always been the same thing.  Listening to early recordings you get a sense of that.  Charley Patton and Rev. Edward Clayborn were playing the same thing.  It’s hard to say what influence it had because some early artists that was their first musical reference while others not.  I think they’ve fed off each other musically and we can see both in each other.

FBF:  If you had to choose between the two styles which ones would you prefer to play?

TF:  As a songwriter, Gospel.  That’s what I prefer to write about.

FBF:  What music do you listen to in your spare time?  Are there any  modern guitarists that you enjoy hearing?

TF:  I can say that I haven’t had “spare time” listening in the past 6 or so years.  I’m constantly working on a lesson or a workshop, and so that’s got my full attention.

FBF:  What advice would you have for anyone who wants to learn to play the guitar?

TF:  You can learn guitar by playing any song…the songs hold the chords, the scales, the form, etc.,  Chord charts, scales, theory, not important at first.  You will need to develop in those areas as you progress but as a beginner work through songs you actually want to play.  Even complex songs can be broken down to the basic melody.  There is no better way to learn to play music than by playing music.

Other Releases from Tom Feldmann 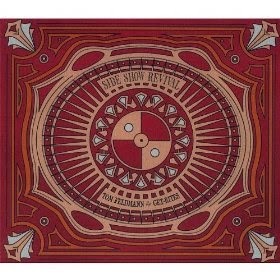 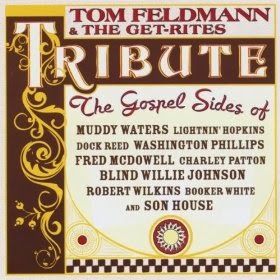 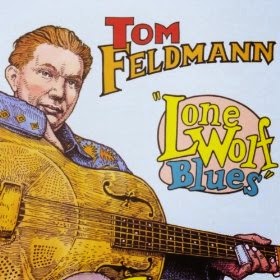