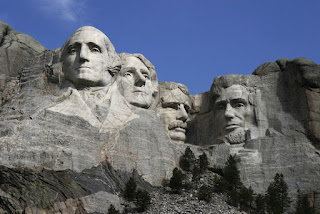 Several months back, we explored the "Mount Rushmore" of the blues and I showed you my "Significant Figures of the Blues" Mount Rushmore (for the record, Muddy Waters, Robert Johnson, T-Bone Walker, and B.B. King made up my significant foursome).  This week, I thought we would come up with a Mount Rushmore of Chess Records.  This one has some tough choices involved....I mean, you can figure on a couple of them being there, for sure, but there are some pretty close calls between the remaining members.  As we said previously, your gang of four may be somewhat different from mine, but I would love to hear about your foursome and your reasons for selecting them. 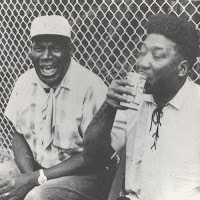 The first two positions on Mount Chessmore are pretty much no-brainers to me.  You simply can't have a serious discussion about Chess without mentioning Muddy and the Wolf.  Both artists have huge catalogs of blues standards.  Their band members were a who's who of Chicago blues, many of whom moved on to their own solo careers or appeared on memorable recordings with other artists.  The biggest reason of all has to be the huge influence these two men had on not only blues artists of the future, but also a lot of rock 'n rollers that were getting their start around the same time, and who subsequently influenced other later artists by paying tribute to their mentors.  So Muddy Waters and Howlin' Wolf make up the first two faces on Mount Chessmore.  In other news, water is wet, gas is expensive, and fire is hot. 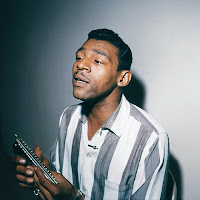 The next two choices are a bit tougher, and I have to admit that I did pause briefly before making my third choice, but only briefly.  When you think about it, Little Walter really should be a no-brainer, too.  After all, Walter Jacobs revolutionized the harmonica as a lead instrument, adding amplification and therefore hugely expanding the potential sounds the tiny instrument was capable of.  Also, Little Walter was the most successful of the Chess blues recording artists...more so than his former boss, Muddy Waters, and more than Howlin' Wolf, too.  Every blues harmonica player, no exceptions, owe a massive debt to Little Walter's efforts.  For those reasons, Little Walter is Face #3 on Mount Chessmore.

Finally.....our last member.  This one is really tough.  There are lots of choices, like Jimmy Rogers, who was a mainstay of Waters' first Chess band and also a fine solo artist who recorded several standards, or Otis Spann, whose distinctive piano work was another major contributor to many of the Chess blues recordings, or Sonny Boy Williamson (Rice Miller), who enjoyed great success with Chess and is one of the most original songwriters of all time.  You could also consider Etta James, who had huge success on the blues and R&B charts in the late 50's/early 60's, or John Lee Hooker, or Buddy Guy.  All logical choices, but when you think about it, the fourth spot is a no-brainer, too.  When I finally thought of him, I did one of those "V-8" slaps to the forehead because I didn't think of him sooner. 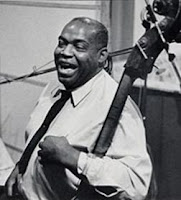 Next to Muddy Waters, Willie Dixon played the biggest role in shaping what the post-war blues sounded like in Chicago.  Without Dixon, there really was no Chicago blues sound.  He was one of the most prolific songwriters ever, writing scores of songs over a fifteen-year span from 1950 to 1965....songs like "Little Red Rooster," "Back Door Man," "Spoonful," "I Just Want To Make Love To You," "My Babe," "Wang Dang Doodle," "Evil," "Hoochie Coochie Man," and many, many, many more.  He not only wrote songs, he played bass on many of the recordings.  He also produced and arranged many of them.  In addition, he worked as a solo artist occasionally and also discovered many new artists.  Without Willie Dixon, you probably wouldn't have had a Chess Records, at least not one that lasted any amount of time or enjoyed much success, or made nearly as big an impact.  Mount Chessmore Face #4 has to be Dixon, for his numerous contributions to Chess, and Chicago, blues.


Okay, there you have it.....one man's Mount Chessmore.  If you disagree, I would love to hear who you would prefer and why.
Posted by Graham at 12:01 AM