My oldest daughter's birthday is on February 29th, so since she only has an "official" birthday every four years, we try to do something special when they roll around.  This year, the only thing she wanted was to go to New Orleans, visit the downtown area, the Audubon Zoo, and eat some good food while we were there.  Being the wonderful parents we are, we loaded up and drove down for the day.

Though I've been to Jazz Fest a few times over the years (including last year), this was my first trip downtown in over twenty years.....probably since '92 or so.....so as you can imagine, a LOT had changed.  There were, of course, tons of people everywhere we went, which made sense since it was one of the first really nice days of the year with warm temperatures and no rain in sight, and everywhere you turned, there was a line of people waiting to get to whatever it was. However, there was one thing that I noticed that had not changed during that time........the sounds of music coming from every store, restaurant, and watering hole that we passed.  Then I remembered what I enjoyed so much about all my earlier visits to the city, the amazingly diverse selections of music that is native to the state of Louisiana.  There's blues, of course, but the blues is only a piece of the pie.  There's also New Orleans R&B, which helped pave the way for rock n' roll in the 50's.  There's jazz.....dixieland, traditional, and contemporary, plus gospel music, which played a big part in the formation of soul music.  There's also Cajun music and Zydeco, which are often lumped together, but are two different genres.  As we walked down Decatur Street, we heard all of these musical styles, either via street musicians and bands playing or CDs being played in stores or restaurants. 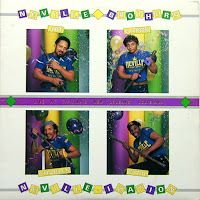 All of this reminded me of my first trips to the Crescent City.  When I first visited in the mid 80's, it was for Jazz Fest and I was only familiar with some of the older groups that I'd heard on the radio when I was a kid.......Fats Domino being the main one.  Over the years, I'd also heard Dr. John on the radio and most recently, I had seen the Neville Brothers when they appeared on Saturday Night Live., and had, as a result, bought their Nevillization album, which had been recorded live at the famed New Orleans club Tipitina's.  That was pretty much the limit to my knowledge of Louisiana music until my weekend at Jazz Fest.  When we hit the Fairgrounds, my ears were opened to an unbelievable amount of music in a short time.

Back in those days, there weren't as many of the "big name" acts that dominate the roster now......many of the bands we saw that day were locally based.  My friend and I spent about four hours just walking from stage to stage and tent to tent, listening to blues, jazz, R&B, Zydeco, Cajun......we saw a couple of parades with Mardi Gras Indians and a couple of brass bands.  I took in all of the music, the food, the arts and crafts, and the culture......and all in a very short time (Note:  You could NOT do this now at Jazz Fest......there are so many people there that it's next to impossible to navigate from one end of the festival to the other.  It took us all afternoon to get from one end of the track to the other.......when I first went in '87, we went back and forth all day long!!!).

I picked up a couple of cassettes at the Jazz Fest record tent that year from New Orleans artists....one of them being the new Neville Brothers album (Uptown, not one of their best), Glazed, a Roomful of Blues album featuring Earl King (I'd seen them do a fantastic set at the Fairgrounds), and the Professor Longhair session from Baton Rouge with guitarist Snooks Eaglin (House Party New Orleans Style).  Although I had been familiar with the Nevilles, I'd never heard King or Fess prior to the Jazz Fest, so that was a revelation.


Not long after that, I picked up a compilation cassette from Rounder Records called Out of the Blue that collected tracks from some of their recent releases, many of which were New Orleans artists.  This is where I first heard artists like Buckwheat Zydeco, Johnny Adams, and James Booker.  At that time in the 80's, I soon found out, Rounder Records was THE source for Louisiana music.  I ordered through the mail regularly then and began branching out from these collections to find complete albums by these artists and others. A few years later, my local Walmart started carrying Cajun and Zydeco albums, so I branched out even further, discovering Louisiana artists like Beausoleil, Nathan & the Zydeco Cha Chas, Lynn August, and Zachary Richard.  I soon started subscribing to Offbeat, the source for information about Louisiana music, food, and culture.  Soon, I began to dig deeper and discovered others.........R&B artists like the Meters, James Andrews, Trombone Shorty, Chuck Carbo, Irma Thomas, and the various Mardi Gras Indian groups led by Bo Dollis and Monk Boudreaux, Zydeco groups like Geno Delafose, Lil' Brian & the Zydeco Travelers, and Chris Ardoin and Double Clutchin', jazz artists like Kermit Ruffins, Irvin Mayfield, Nicholas Payton, the Dirty Dozen Brass Band, and Alvin "Red" Tyler, and rock/R&B/roots artists like the Subdudes, Beth McKee, and Anders Osborne. 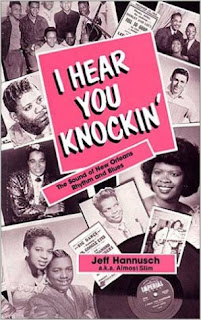 Another great source of information was author Jeff Hannusch, who was often the author of the liner notes in most albums that I bought.  Hannusch was a native of Canada who came to New Orleans to visit and ended up staying.  He's written liner notes for hundreds of albums, plus articles for various magazines, including Rolling Stone, Billboard, Goldmine, and Offbeat.  He also wrote two absolutely indispensable books on New Orleans blues and R&B artists.  The first, I Hear You Knockin':  The Sound of New Orleans Rhythm & Blues, won the 1986 American Book Award.  It is a fantastic read, with chapters on all of the New Orleans R&B artists except Fats Domino (he graciously donated his research material to another author, who was working on a Domino autobiography at the time).  He later wrote a follow-up, The Soul of New Orleans:  A Legacy of Rhythm & Blues, which expanded on the first book, continuing some of the stories begun in the previous book and introducing other artists as well.  Hannusch was also selling items on eBay at the time, so I ended up purchasing a few items from him and we struck up an email correspondence.  He was always pretty forthcoming with information despite some of my goofy questions, and these two books were a great help in my discovering new artists from New Orleans.

Later on, I discovered all of the swamp blues and swamp pop artists, such as all of the old Excello artists like Slim Harpo, Lightnin' Slim, Silas Hogan, Lazy Lester, Lonesome Sundown, Tabby Thomas, and even some of the newer artists like Larry Garner, Troy Turner, and Chris Thomas King.  These guys opened up a whole other outlet for me and this genre is actually my favorite of all the Louisiana music genres right now.


I guess what I'm saying is what many of you may already know......regardless of your musical tastes, Louisiana music has something to offer for just about any music lover.  I've really only scratched the surface with this post.  As a public service, I would like to offer a few suggestions, mostly compilation sets, for newcomers that will help them get started on a nice Louisiana music collection.  Please keep in mind that this, like the post in general, is not a comprehensive summary of Louisiana music, just the route I took to discover all of this great music. 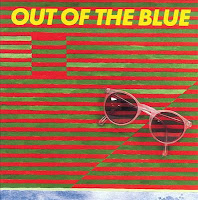 Out of the Blue (Rounder/Rykodisc):  The above-mentioned collection, the first one of it's kind that I owned.  Not only does it have some great Louisiana music, but it also features the cream of Rounder's blues and R&B artists, circa mid 1980's. 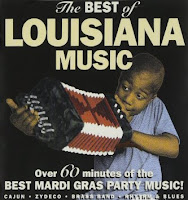 The Best of Louisiana Music (Rounder):  This collects a little bit of everything.....Cajun, Zydeco, Mardi Gras, R&B, and blues.  Whether you like all of it or not, there will be something on here that you really dig.  Not complete by any means, but it's a really fun collection.....one I still listen to, twenty years after I first purchased it. 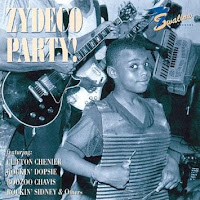 Zydeco Party! (Ace UK):  A pretty complete summary of Zydeco music from the 80's and early 90's, with tunes like Clifton Chenier, Lynn August, Rockin' Sidney, Rockin' Dopsie, and Boozoo Chavis.  A nice disc to plug in at a party, along with Stomp Down Zydeco, a CD I reviewed here a few years ago. 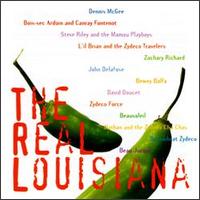 Rounder's EasyDisc collections (Rounder Records):  The label issued a boatload of budget compilation CDs in the late 90's that covered their huge catalog of blues, R&B, surf guitar, bluegrass, and Americana music.  There were several excellent collections of Louisiana music, each featuring 10 - 14 songs.  I don't have all of them by any means, but the ones I have are wonderful and you can't go wrong with any of them.  You can visit Amazon or any of the other online sites that sell CDs and search for "easydisc" and check them out for yourself. 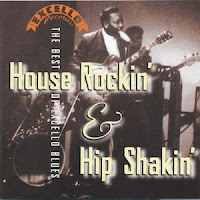 House Rockin' & Hip Shakin':  The Best of Excello Blues (Hip-O):  Just a sampling of some excellent swamp blues, with selections of 50's and 60's classics from Slim Harpo, Lightnin' Slim, Lazy Lester, Silas Hogan, and others.  Another great one is Swamp Blues from Ace UK (previously reviewed a few years ago at FBF), which captures some later recordings from late 60's/early 70's. 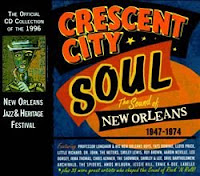 Crescent City Soul:  The Sound of New Orleans (1947 - 1974) (EMI Records):  If you just want one collection of New Orleans R&B, this four-disc set is really all that you will ever need.  With tracks from Fats Domino, Irma Thomas, Professor Longhair, Earl King, Dr. John, Lee Dorsey, Smiley Lewis, and many many others (the only glaring omission is Frankie Ford's "Sea Cruise"), it will provide hours of listening pleasure.  Currently out of print, it's still worth searching out. 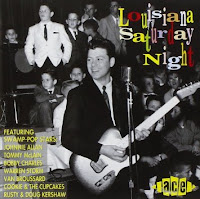 Louisiana Saturday Night (Ace UK):  A friend of mine suggested that I listen to this way back in the late 90's.  It's a great set of swamp pop tracks from the late 50's  and 60's, mixing in a little Zydeco and R&B as well.

I Hear You Knockin' and The Soul of New Orleans (by Jeff Hannusch):  Two absolutely essential books for any fan of New Orleans blues and/or R&B that are about as comprehensive as you'll ever find.