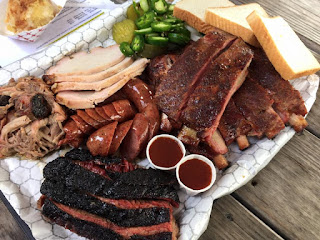 Earlier this week, I grabbed my copy of Mel Brown's Neck Bones & Caviar CD and played it in my truck for a couple of days while driving back and forth to work (I hope to do a whole post on the late, great Mr. Brown, one of the finest blues guitarists of his time, soon).  While I was listening, I got to thinking about how many blues songs were tied in to food and/or drink, so here's a few of my favorites. 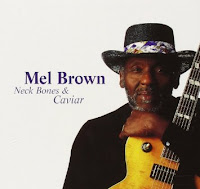 While there wasn't a "Neck Bones & Caviar" tune on Brown's album, he did record a few tunes about food, such as the dandy instrumental, "Chicken Fat," the title track of an album that featured him with another impressive guitarist, jazz picker Herb Ellis.  (Useless Trivia Time......Ellis once played the venerable band leader Bobby Fleet on The Andy Griffith Show in the early 60's and also played guitar for Redd Foxx on a Sanford and Son episode....save that tidbit and amaze your friends sometime down the road). 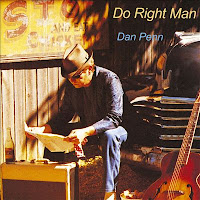 One of my all-time favorites, which makes me hungry every time I hear it, is Dan Penn's "Memphis Women & Chicken."  Penn wrote this tune for his magnificent 1994 release, Do Right Man, which is one of the finest blue-eyed soul albums ever.  Penn is a songwriter of the highest caliber (see "Dark End of The Street," "You Left The Water Running," "Zero Willpower," "It Tears Me Up," and "I'm Your Puppet," among others, all lovingly recreated by Penn on this album), but is also a highly underrated performer himself, with a pure and soulful vocal style.  Check out this mouth-watering tune, with harmonica from none other than Delbert McClinton, and see if you're able to make it all the way through the song without heading for your pantry or refrigerator. 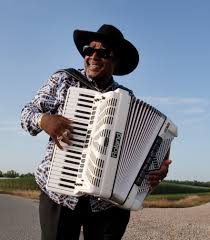 There are a few Zydeco tunes about food that I always like to hear, which is appropriate, since "zydeco" actually means "Snap Bean" in Cajun French (how's that for a tie-in).  Perhaps my favorite Zydeco group is Nathan & the Zydeco Cha Chas.  Nathan Williams was heavily influenced by the King of Zydeco, Mr. Clifton Chenier, and has dutifully continued playing in Chenier's traditional fashion, but he also mixes in more modern influences like soul and funk.  Williams has recorded multiple songs about food over his career, but I really enjoy his "Everything on the Hog," a tune that he recorded on his live CD at New Orleans Rock 'N Bowl, a great club/restaurant/bowling alley combo that is a favorite in the Crescent City.  You'll notice that he cover pretty much "everything on the hog" with this tune. 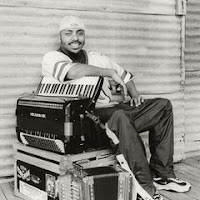 Speaking of Zydeco and snap bean, check out one of the new rising stars on the scene, Lil' Brian Terry and his band, the Zydeco Travelers.  On his 1995 debut release, Fresh, he not only incorporated soul and funk like Nathan Williams, but he also mixed in a healthy dose of hip-hop, which was guaranteed to attract droves of younger listeners, and most certainly did.  One of the hottest tracks on that debut album was a electrifying instrumental entitled, appropriately enough, "Snap Bean."  This one will work off a few winter pounds at your next party. 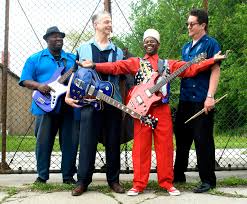 Let's go from Louisiana to the Windy City and another "Lil'" guy.......Lil' Ed Williams and the Blues Imperials.  I got to see this band years ago, not long after their first release with Alligator, Roughhousin'.  They were trying out some new material and this was one of them.......the title track for their next album, "Chicken, Gravy, & Biscuits."  It was a crowd favorite then, and it still is.  Like Ed and the Imperials, I could eat 'em all night long.  It's pretty obvious that Ed did the right thing back in the 80's, when he gave up his gig working at the car wash to become a full-time musician.  If you get the chance, you must see these guys in action.  Their loyal legion of followers are affectionately known as "Ed Heads." 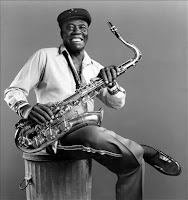 Staying in Chicago, here's the late, great sax man A.C. Reed.  The Missouri native was a longtime member of Albert Collins' Icebreakers, and also played in Buddy Guy's band and for Son Seals but also managed to put together a few songs of his own over the years.  He made a career of his own with his band, the Spark Plugs, as he sang many of his own songs about his frustrations with the music business.  His last album, for Delmark Records in the late 90's, was called Junk Food, and the lively title track was a fresh take on food with a nice modern twist.  Reed stayed pretty busy all the way until his death in 2004, from cancer. 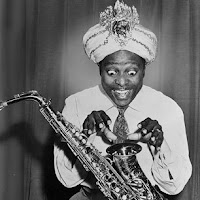 Let's keep things jumping with a tune from another sax man, R&B legend Louis Jordan.  Jordan was "The Man" during the 40's and had a long string of hits, many of which are still popular today....."Choo Choo Ch'Boogie," "Saturday Night Fish Fry," "Let The Good Times Roll," "Caldonia," and this tune, "Beans & Corn Bread."  I actually first heard this song as the theme song on the Dinner & A Movie program that used to run on WTBS-TV every Friday night.  Louis Jordan and his Tympany Five were one of the key links between blues/R&B and rock & roll.  Their music is always a blast to listen to, guaranteed to put a smile on your face and a hop in your step. 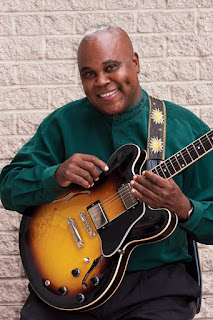 Let's revisit the earlier "Biscuit" theme with Memphis Gold, also known as Chester Chandler.  He learned guitar from the Reverend Robert Wilkins (of "The Prodigal Son" and "That's No Way To Get Along" fame), and served a productive tenure with one of Memphis' foremost bands, The Fieldstones.  Now a resident of Washington, D.C., Memphis Gold has the ideal mix of Memphis soul and traditional blues in the vein of Muddy Waters, John Lee Hooker, and Howlin' Wolf.  I believe he's capable of writing a song about anything.  I really enjoyed his fourth release in 2012, Pickin' In High Cotton, which featured the irresistible "Biscuit Boogie," a mouthwatering track about one of nature's most perfect foods.  If this one doesn't make you grab a basket of biscuits and a can of molasses, you should seek counseling. 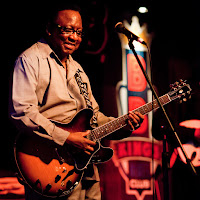 Finally, let's sign off with an instrumental that pays tribute to the beverage of choice at most blues venues......."Cold Beer, Good Time," from Memphis stalwart Preston Shannon.  Shannon is one of the icons of the Beale Street blues scene and he's renowned for mixing down and dirty blues with greasy Memphis soul and his band is one of the Bluff City's best.  I don't know about y'all, but all this talk about food has made me hungry.