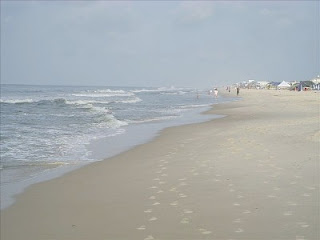 Your humble FBF correspondent is recharging his batteries this week, but please don't think there was any intention of leaving you empty-handed this weekend.  Check out the cool blues videos below and be sure to stop by next Friday for our regularly-scheduled edition of Friday Blues Fix.

Today, I'm going to share a few of my favorite things....songs and/or artists that put a little hop in my step whenever I hear them.  I know everybody has their own favorite tunes or performers, but maybe you will nod your head in agreement when you see these.
.

First up is Mr. Larry Garner.  Garner just returned from touring over in Europe and last week won a local BBQ competition.  Now that is a well-rounded bluesman if I've ever seen one.  This is one of my all-time favorite Garner songs....."The Road of Life," a tune from his Baton Rouge CD encouraging us to work through those hard times, get up, dust yourself off and get back on the road.....sound advice for sure.  If this guy is ever in your town, or near your town, go see him.  You will be glad you did.


Taj Mahal always puts a hop in my step, and a smile on my face. I found this clip on YouTube this week. I had not seen it since the late 80's, when it was broadcast on the late night weekend show, Night Music, which from what I remember was kind of a fun show with an eclectic lineup. This particular version of "She Caught the Katy" features Taj Mahal with an interesting band that includes Todd Rundgren, Night Music host David Sanborn, and bass player Marcus Miller (with the show credits marring the last half of the song...sorry about that). The best thing you can say about Taj Mahal is that he makes whatever he does fun for everybody. You won't be seeing a lot of frowns at a Taj Mahal performance.

One of the highlights of the recent documentary, We Juke Up in Here, was Louis Arzo "Gearshifter" Youngblood.  He combines country blues with urban blues and even some old school R&B.  He's a talented guitarist and a charming performer.  He's also a rarity in that he's as talented on acoustic guitar as he is on electric, as viewers of We Juke Up in Here will surely testify.  Here's a great example of Gearshifter in action from a 2009 performance in Hattiesburg, MS.

Finally, here's one more clip of the late Michael Burks, performing one of my favorite songs, Dion Payton's "All Your Affection is Gone."  It must be a good song, because it's been covered by several blues artists over the past twenty-five years.  A veteran of Lonnie Brooks' band and also leader of the 43rd Street Blues Band, Payton released this song as part of Alligator's anthology of young Chicago Blues artists, The New Bluebloods, in 1987, later signed a record deal with Virgin Records, but soon disappeared from the scene, a victim of drug addiction.  Recently, Payton has returned to the Windy City blues scene, albeit irregularly.

In the late 90's, Carl Weathersby covered the tune on his incredible debut release, Don't Lay Your Blues On Me.  Finally, Burks' scorching version kicked off his I Smell Smoke CD.  Listening to the three versions, it's hard to pick a favorite.  Sadly, we lost Burks a couple of weeks ago, and Weathersby is slowly bouncing back after battling health problems in recent years.  I sure wish Dion Payton had fulfilled his early promise as a performer and a songwriter, but hopefully, there's still time for him.