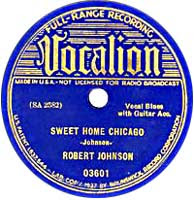 There are a lot of things happening in the Land Where The Blues Began this weekend that you really need to know about, but first....

On Monday night, our local community college's concert band, the Collegians, gave their annual Spring concert.  While these shows are usually well-received and well-attended every year, this year's show was extra special because Tom Carson, the college's band director and musical guiding light for thousands of students over the past 30 years is retiring.  Mr. Carson has been battling esophageal cancer with a vengeance since last summer, and is doing very well.....well enough to lead and play guitar with the Collegians once again this Spring, just like every other Spring since he came to the college in 1982.

Part of the Collegians' show always includes special guests and this year's show was loaded, but the coolest part to me was when a group consisting of several Collegians alum (including Mr. Carson's three kids, all past or present Collegians themselves) paid tribute to one of the oldest blues songs around.  You've probably heard it once or twice......"Sweet Home Chicago."

Robert Johnson is usually credited with composing the song, and he recorded it during his first session in 1936, but like many blues songs, it consists of lyrics "borrowed" from other older songs.  The melody of the song is similar to several early blues songs, Roosevelt Sykes' "Honey Dripper Blues," and Walter Davis' "Red Cross Blues," with the main instrument being piano.  "Kokomo Blues," as originally conceived by 30's guitarist Scrapper Blackwell, also adopts this melody, but using guitar as the main instrument.  This is the version that Johnson adapted for his song.

Other performers....Madlyn Davis, Jabo Williams, and Kokomo Arnold, to name a few......added their own personal twists to the song in the meantime, including the counting verses ("one and one is two / two and two is four") that are such a part of the song today.  Their version referred to Kokomo, Indiana (near Blackwell's base in Indianapolis), not Chicago.  Another version by Papa Charlie McCoy from around the same time changed the locale to Baltimore.  Check out the similarities on Kokomo Arnold's "Old Original Kokomo Blues."

When Johnson performed the song, he changed it to Chicago and that version is the one that stuck.  However, instead of the now-familiar line "Back to that same old place," he used the line "Back to the land of California."  Why?  There have been lots of theories....Johnson was confused geographically (doubtful)....he was making a cross-country journey from California to Des Moines (also mentioned in one of the older stanzas) to Chicago....there's a California Avenue that stretches through the Windy City,....etc...  Possibly, Johnson envisioned California as a sort of paradise destination and used it to describe Chicago.  Whatever the reason, we will probably never know for sure why it was used, and the line has long been replaced for the most part by "Back to that same old place."

"Sweet Home Chicago" has to be one of the most covered and performed song in the blues.  My favorite, and one of the best versions is by Magic Sam, but other well-known versions have been done by Earl Hooker, Honeyboy Edwards, the Blues Brothers (the Magic Sam-styled version from their movie), and Buddy Guy.  It was the last song Stevie Ray Vaughan ever played (at his Alpine Valley Music Theatre concert with Guy, Eric Clapton, Robert Cray, and Vaughan's brother Jimmie just before his fatal helicopter crash).  It was even performed at the White House a few weeks ago.  Here are a few different takes on "Sweet Home Chicago" for you to enjoy, courtesy of Magic Sam, Earl Hooker, Buddy Guy, Freddie King, and the audio from the Alpine Valley version with the Vaughan brothers, Clapton, Guy, and Cray.

It was nice to hear the Collegians play the song, and it's a great and wonderful thing that these young folks have an instructor who will mix a few blues songs into their repertoire.  Mr. Carson told me a few weeks ago, "Without the blues, you don't have any of the other music that they listen to."  He's certainly done his part to get the word out about the blues to a lot of college students over the years, and, thank goodness, he is not planning on stopping any time soon.

Now....if you're free this weekend, there are several big events going on in Clarksdale, MS that you need to know about. 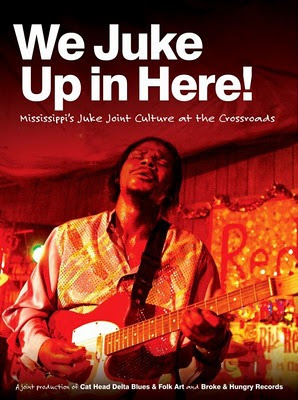 This weekend, We Juke Up in Here! Mississippi's Juke Joint Culture at the Crossroads (featured at Friday Blues Fix back in December) has its theatrical premiere in Clarksdale, as part of the annual Juke Joint Festival.  The premiere will be tonight at the Delta Cinema (11 Third Street).  The festivities begin at 5:30 pm, but the movie starts rolling at 7:00 pm.  Admission to the movie is FREE.  Friends, you can't beat that with a stick.  Trust me.....if you liked M for Mississippi, you will LOVE We Juke Up in Here!  If you can't make the journey to the festival this weekend (see below for more details) , you can go to their website and order the DVD and soundtrack for a very nice price.

Blues fans, if this weekend in Clarksdale doesn't light your fire, your wood must be wet.  Come on out and see how they play the blues in Mississippi.

Hi, Rick. Sorry I'm so long seeing this. Thanks. I enjoy your blog, too, and have added it to my list. Keep it up!