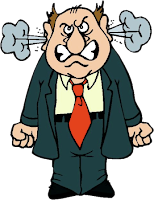 Yes, it's been one of those weeks.  Monday, I was inspired to have a great post for the weekend and I even started working on it that night.  But as soon as I saved it for the night, my computer started going nuts.  Next thing I knew, there was a pink screen with purple characters running across it.  I'm no detective, but I knew this wasn't good.  Needless to say, my computer is now in the shop as my friend feverishly tries to salvage my hard drive, and I'm going through blogging withdrawals.  Now I'm on a borrowed computer, piecing together a post at the last minute.
In previous posts on Friday Blues Fix, I've discussed some great books that I read that helped me find out more about this genre of music that I love so much.  Today, I thought I would share a few of them with you.

:  Okay, now you're probably thinking I'm nuts listing this book.  To me, that's an indication that you haven't read this book.  Charles Sharr-Murray's book is not just a biography of Hendrix, it's also a riveting, broad-based examination of black music in America, from the blues to jazz to R&B and soul.  The blues section of the book includes some interesting mini-bios of artists like Charley Patton and Robert Johnson and even though it's only about 25 pages long, it's pretty comprehensive, or at least it was to me when I first read it in the early 90's as a relative newcomer to the blues.  All of the above listed musical styles played a part in the development of Hendrix, who was as comfortable playing avant-garde jazz as he was ripping into a rock song or playing an acoustic Delta blues song.  We only scratched the surface with this fascinating artist before his tragic death.  If you like Hendrix's music and you're a fan of any of these other styles of music, you need this book.  Come to think of it, I need this book again myself.  I loaned it to my brother a while back and I think I'm going to reclaim it and read it for the fourth time.

:  One of these days, I'm going to devote an entire post to the music of T-Bone Walker, one of the most influential blues guitarists ever.  He was a major influence on B. B. King, who's been a major influence on nearly every blues guitarist that followed him.  That being said, this book by Helen Oakley Dance does have a few issues for me.  Dance was a friend of Walker's and was able to be around him when he wasn't performing or recording.  Therefore the primary focus of the book is on Walker's life and his family instead of his music and while he did lead an interesting life, that's not the reason why someone would buy a book about T-Bone Walker, is it?  What is there about the music is very good, but it's just not enough.  The discography is fairly handy as it features not only his own recordings, but recordings he did with other artists.  The reason I recommend this book is because, quite simply, it's the only book about T-Bone Walker that's out there right now and so it will be the definitive bio until someone else comes along, and everybody who loves the blues needs to know as much about T-Bone Walker as possible.  (By the way, does anybody out there know what ever happened to R. S. Rankin, aka T-Bone Walker, Jr.?)

The World Don't Owe Me Nothing: The Life and Times of Delta Bluesman David Honeyboy Edwards

:  This is the real deal, folks.....the history of the blues as far back as we can go, from somebody who was there.  Edwards' life story is incredible from his early days hoboing to his travels with various bluesmen (including Robert Johnson) to his early recordings to his later work as an elder statesman for the blues.  Edwards was present when Robert Johnson was poisoned and recounts that story in detail in this book.  This is not just a history of Edwards, it tells you what was going on in the world around him.  If you've ever heard Edwards tell one of his stories from back then, you will appreciate that the book is written just as he said it.  You can almost read it in his voice, it's so authentic.

The B. B. King Treasures: Photos, Mementos & Music From B. B. King's Collection

: Dick Waterman helped King put this book together a few years back.  It's a biography of sorts, with King's recollections and thoughts on many different subjects, like race relations and the British Invasion, but it features many never-before-seen or rarely seen photos of King.  There are also a set of sleeves inserted in the book that show replicas of many King-related mementos, such as old tickets, programs, posters, and even King's store account from when he was a sharecropper.  Even better is the CD that accompanies the book.  The CD features interviews with King taken at various times during his career, plus two never-released songs.  This book is the perfect complement to the B. B. King Museum in Indianola, MS and should be in every B. B. King fan's library.
That's all for now.  I hope you will check out some of these books and enjoy them as much as I did.
Next week, we'll look at a pair of artists that epitomized the words, "Blues Brothers."  See you then.
Posted by Graham at 12:01 AM