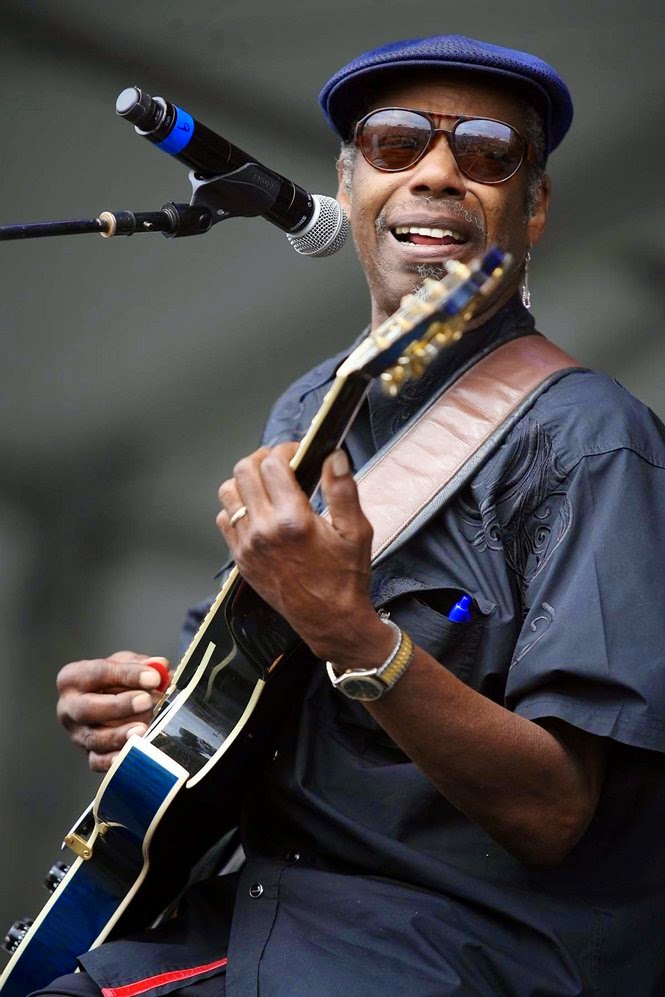 Way back in 1987, I made my first trip to the New Orleans Jazz & Heritage Festival.  Not only was it my first trip to Jazz Fest, it was also my first trip to New Orleans, so needless to say, it was quite a learning experience for me in more ways than one.  As a relatively new fan of the blues, I was torn in ten different directions, wanting to visit all the stages and tents on the Fairgrounds at the same time, and my friend and I came pretty close to doing that.

However, one of the most memorable performances that I saw that day was from a guitarist whose stinging lead guitar and soulful vocals really got my attention.  We didn't stay at many of the stages for long that day, because there was so much to see, but I lingered a bit longer at this particular stage because of the guitarist's performance and his incredibly tight band.....and I mean TIGHT!  It was a dazzling performance and one I still remember vividly. 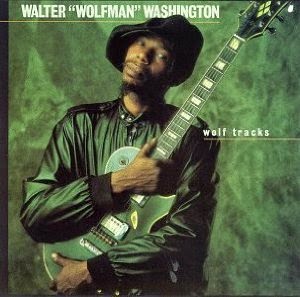 After consulting my program, I found out that his name was Walter "Wolfman" Washington.  Soon, I was able to track down his only release available on cassette at the time, Wolf Tracks.  It was the beginning of a beautiful musical relationship, as I have continued to follow his career ever since.  To me, he is one of the most underrated blues guitarists currently practicing and one of the most versatile vocalists as well.  In New Orleans, musicians are exposed to blues, soul, jazz, gospel, R&B, and funk, and most of the best Crescent City sounds combine at least three or four of those styles into the same song.  Washington's recordings are always interesting and adventurous, and all of the above styles come into play. 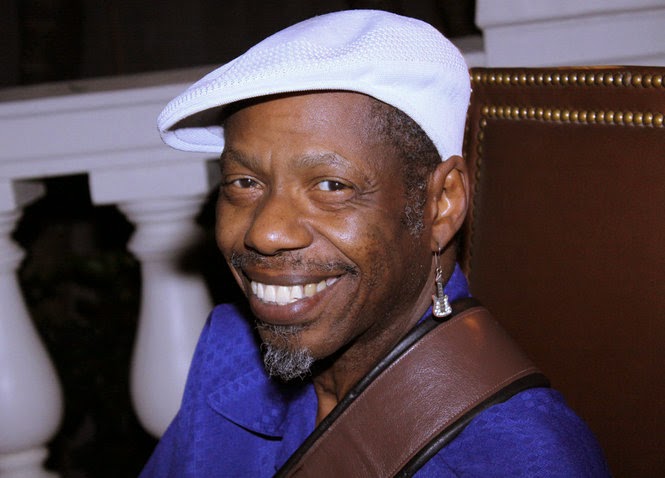 Washington has had the music in his system since Day One.  He was born in New Orleans on December 21, 1943.  His gospel roots came first, when he performed in the church choir as a child.  He soon became a huge fan of the blues and R&B and learned to play guitar.  By his late teens, he was backing New Orleans R&B legend Lee Dorsey.  Later, he formed his own band, the Solar System, and backed another Crescent City legend, Irma Thomas.  He also backed jazz man David Lastie in his Taste of New Orleans band.

Washington's longest and most productive musical partnership was with the great Johnny Adams, one of the finest singers New Orleans ever produced.  During his twenty-plus year association with the Tan Canary, Washington worked to develop his vocal style, which is often reminiscent of Adams', and they played many of the Crescent City's clubs over the next couple of decades, and even after Washington formed his own group, he continued to play and record with Adams up until the singer's death in 1998. 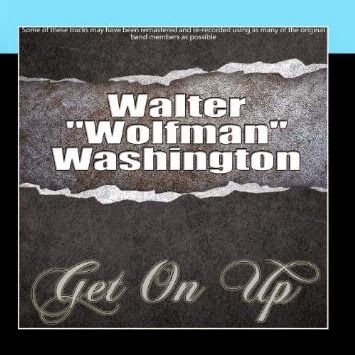 While working with Adams, he began leading his own band  in the 70's, the Roadmasters.  They toured Europe in the late 70's and Washington finally recorded his first album in 1981, Rainin' In My Life, on music industry veteran Senator Jones' Hep' Me label in New Orleans.  His debut album showed his versatility pretty well, and he wrote eight of the nine tunes.  The title track is a slow, dramatic tune with a heartfelt vocal and some sweet, stinging guitar.  The album itself is a good mix of blues, soul, and funk.  The disc has been reissued a couple of times on various labels, most recently as Get On Up.

In the mid 80's, Washington split with Adams and pursued a solo career, performing with the Roadmasters and writing songs with fellow singer Timothea Beckerman.  He signed with Rounder Records, and the label released Wolf Tracks in 1986.  This was my introduction to the Wolfman and it was breathtaking to me, with a wide range of blues (Tyrone Davis' "Can I Change My Mind," "Thinking For Yourself"), jazz (the Wes Mongomery-based instrumental, "Sweet Cakes"), and R&B tunes (the funky "I'm Tiptoeing Through," and the classy duet with Timothea, "It Was Fun While It Lasted"). 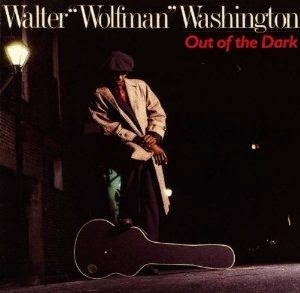 Washington's follow-up album, Out of the Dark, actually improved on its predecessor.  Washington and the Roadmasters (Jack Cruz - bass, Wilbert "Junk Yard Dog" - drums, both holdovers from the Solar System, and Tom Fitzpatrick - sax) were like a well-oiled machine, and Jon Cleary  and Kermit Young (keyboards) and a great horn section provided excellent support.  Most of the songs were covers (Johnny "Guitar" Watson's "You Can Stay But The Noise Must Go," Jimmy Hughes' "Steal Away," the Bobby Bland classic "Ain't That Loving You."), but Washington made them his own, or nearly did anyway.  He and Timothea penned the title track, a nice, mellow soul ballad. 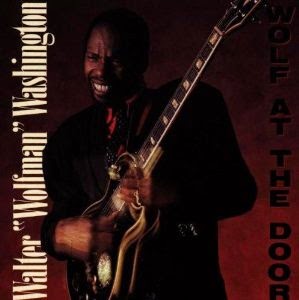 My favorite Washington album is his third Rounder release, 1991's Wolf at the Door.  To me, this is where he came into his own as a vocalist.  The opening track, Doc Pomus and Dr. John's "Hello Stranger," is worth the price of the disc.....seriously.  I don't think anybody could do this song better than Washington does here.  He just blows the song out of the water.  There are several other fine moments with the lovely "It Doesn't Really Matter," the funk workout "Heatin' It Up," and "Peepin'" a cool jazz instrumental with Washington channeling George Benson.  This was an extremely impressive effort. 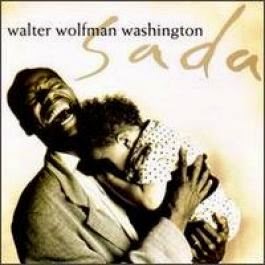 Around this same time, Washington and the Roadmasters hooked up with new management and recorded two excellent albums over several years.  Sada, released on Pointblank Records in 1991, concentrated more on soul and funk than his previous efforts with soulful tracks like "I'll Be Good," featuring some cool vocal dynamics from Washington, a redo of the Ohio Players' "Skin Tight," that rivaled the original, the bluesy "Ain't No Love in the Heart of The City," and the fierce "Southern Comfort."  Blue Moon Risin' was intially released in Europe only and is probably his most blues-focused release.  The J.B. Horns (Maceo Parker, Pee Wee Ellis, and Fred Wesley) back Washington and the Roadmasters to great effect. 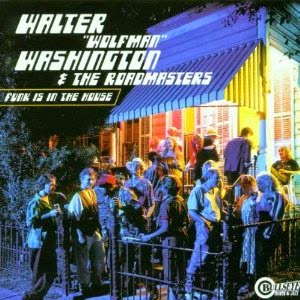 In 1998, Washington reunited with Rounder, on their Bullseye Blues subsidiary, and released Funk is in the House.  As might be deduced from the title (or tracks like "Funkyard," "Wolf Funk," and the title track), the focus is on New Orleans funk and R&B with the blues mixed in.  On previous releases, Washington covered the occasional Ray Charles song (his version of "I Got A Woman" on Sada....see above....is marvelous), and on this disc, he covers "Mary Ann." and even tackles the Teddy Pendergrass classic, "Close the Door."  Best of all is a vivid homage to his hometown, "The Big Easy."


In the late 90's, Rounder moved away from its New Orleans/Louisiana catalog, and Washington went ten years without recording.  During this time, Hurricane Katrina hit, and basically wiped out New Orleans and the music scene as well.  Washington evacuated to Ohio during the storm, but was one of the first, if not the first, musician to return to the Big Easy, and served as an inspiration for other musicians to return and his determination and perseverance helped get the music scene cranked back up. 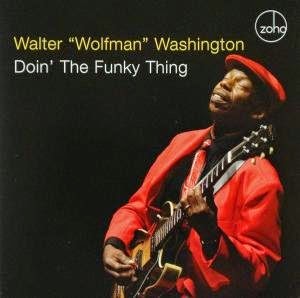 Washington's 2008 release, Doin' the Funky Thing, was released on the Zoho label, and is probably overall his best release to date.  It's an almost perfect mix of blues, funk, and fun.  "Tweakin'" is one of his best uptempo tracks, with Washington doing his patented wolfman "howl" repeatedly and the band grooving relentlessly.  There's also a track called "I'm Back," on which Washington recounts his Katrina experiences to a funky backdrop.  Of course, he really shines on the ballads, as always.  If I was introducing Walter "Wolfman" Washington to a new listener, this would probably be the disc I chose.  Another good choice would be the Bullseye Blues compilation, On the Prowl, which captures the best moments from his first three Rounder releases. 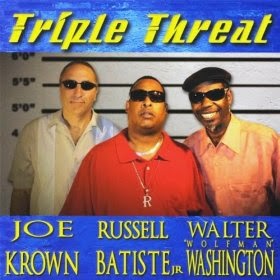 Though Washington has only released one solo disc since Doin' the Funky Thing, a live disc, he's kept busy performing both with the Roadmasters and with the jazz/funk trio, Triple Threat, which teams him with keyboardist Joe Krown and drummer Russell Batiste, Jr.  The group has release two albums to date, both of which show Washington's amazing versatility as a performer.  If you've never experience Walter "Wolfman" Washington and you're a fan of blues, soul, R&B, or jazz, you need to make up for lost time by checking out one of his recordings.