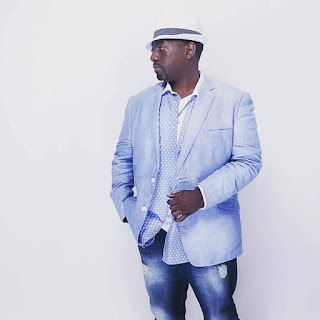 I first encountered Jackson, MS-based blues artist Stevie J. Blues on a couple of releases from Bobby Rush (Live at Ground Zero and Folkfunk).  He played guitar on the live date and bass on the other release, considered to be one of Rush's finest efforts in an already impressive catalog.  He also performed with Dorothy Moore, Denise LaSalle, Mel Waiters and others on various Malaco Records releases.  He also represented the Central Mississippi Blues Society in the 2009 I.B.C.

A couple of years later, in 2011, I was able to review his 2-disc set, The Diversity Project on Blue Skunk Records.  That was a most interesting release in that it included a disc of traditional blues and a disc of Southern soul music and showed him to be equally gifted in both genres.  The disc was one of the nominees in the album category of the 2011 I.B.C. and was well received by blues and Southern soul fans.  In 2016, Stevie J. Blues released Back 2 Blues, which combined blues and soul (with a little bit of gospel) and managed to embrace both traditional and modern versions of both genres.  It was one of my favorite releases of that year. 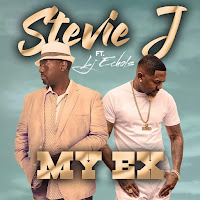 During the pandemic, he's been the proverbial busy bee, working on tracks for his upcoming album, Quarantined, releasing a few as singles, and producing for other area artists.  For the first time, he's worked as engineer, producer, vocalist, and principal musician and he certainly has a knack for it.  He's released a solo single, "Come To Daddy," a tasty cover of Little Milton's "If Walls Could Talk," with his friend Vick Allen, a dynamite collaboration with another Mississippi singer, LJ Echols called "My Ex," and a recently released tribute, featuring a number of young Southern soul stars, to the late Jackie Neal, an up-and-coming Southern soul vocalist whose life was tragically cut short back in 2005.

His most promising and ambitious effort is an upcoming album with his new group Urban Ladder Society, The Summit, where he's joined by singer victa nooman, guitarist Chris Gill, and backing vocalists Jonte Mayon and Tamera Tate.  Urban Ladder Society, or ULS for short, combines elements of the blues, soul, hip-hop, R&B, and classic rock.  The tracks I've heard so far indicate that this one will make a lot of noise when it hits stores in January, 2021.

For a long time, I thought about doing Ten Questions with Stevie J. Blues....we've been emailing back and forth for a couple of years and also chatting on Facebook....but I never could get my act together long enough to put something together, but after hearing some of his recent releases, I knew I had to sit down with him and find out more about him and his music, so sit back and enjoy....... 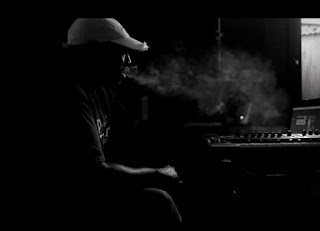 Friday Blues Fix:  For starters, can you please tell us about your early years, where you grew up, and your family…..just who Stevie J. Blues is?

Stevie J. Blues:  I was born in Cleveland, Ohio, raised in Jackson, Mississippi. My father was a Pentecostal pastor with 7 churches under his jurisdiction.  My mother had 3 sons…..all musicians.  My younger and older brother are pastors. I’m the blues-playing middle baby.

FBF:  What kind of music did you grow up listening to?

SJB:  My parents did not allow secular music in the house, so for me it was Gospel music!  Quartets at first, but then the Winans and Commissioned hit the scene, then I instantly became a Contemporary Gospel fan.  Of course there were artist like Andre Crouch, the Hawkins, and James Cleveland, then Contemporary Christian artists such as Petra, Russ Taff, The Imperials, and Chris Christian…man, EVERYBODY!

FBF:  When did you decide that you wanted to be a musician?

SJB:  By my father being a pastor/musician, music was always around.  I knew as early as 4th grade I wanted to be a touring musician.  When I was maybe 8 or 9, there was a concert and nearly all the popular professional quartet groups were on the ticket.  My dad told my mom we may as well make it a church event because ain’t nobody gonna be at church if we have night service….so our entire church family went and in school the next day, all I could think about was performing on that level....I always saw myself on somebody’s tour bus!

FBF:  Who are your musical influences and why?

SJB:  There are so many!! Slim and the Supreme Angels had a guitarist by the name of Sugar Hightower.  He was amazing!  He would make a guitar grab your undivided attention!  The Dixie Hummingbirds’ Howard Carroll played such electrifying chords!  Mighty Clouds of Joy had a guitarist, Eddie “Spanky” Alford.  He had the jazz chops!!  He would go on to play and record with artists like D’Angelo and Tony!  Toni!  Toné!  Then when I got old enough to have my own place, I started listening to artist like Steely Dan, The Rippingtons, Earth, Wind & Fire, Prince, Michael Jackson, and,omg, JAMES TAYLOR!!!!

FBF:  Did you gravitate to the blues over time from another style of music?

SJB:  The blues has always been a part of my playing tone but it wasn't until I met Bobby Rush that I started to study and learn the Blues.  I had been a touring quartet musician (1992-2001) and I was ready for a change.  I met Bobby in the studio of Malaco Records and the rest is blues history!

FBF:  You’ve played with a lot of great musicians over the years….do you have any cool stories about your playing with all these musicians, either in the studio or onstage?

SJB:  My most memorable moment touring was my very first European trip.  Besides Air France going on strike right before sending my luggage through the carousel....we met some musicians who were singing and playing the blues so well we were nearly running to check them out.  After their set, we rushed over to talk to them only to learn they couldn't speak any English of any kind!! Epiphanic moment for me.  The light came on at that moment!!!!!

FBF:  You have been very busy during the pandemic, releasing some of your own singles and collaborating with other artists……please tell us about some of your recently projects?

SJB:  We used this season of not being able to freely perform live to release some songs that would present a happy-type feel like the old Harlem rent party feel, where for the duration of the song take your mind off world issues or problems and just jam one time!!  These songs are setting up a farewell to the Stevie J Blues brand, we are shifting gears and I’m absolutely elated about it!! My pet project is the Urban Ladder Society, a fusion band of BLUES, Hip Hop, Classic Rock, and Neo Soul….GAME CHANGER!! Visit urbanladdersociety.com.  The single “Same Old Thang” is still playing in the Contemporary Blues Markets, College, and European radio.  Frank Roszak does his thing!! The second single, “All About You,” has seen Top Breaker reviews within the UK's Global Soul movement….this song literally came out of the blue!!! We have major distribution on the table but due to the COVID pandemic, everything is on hold, but we are still recording!  The debut album, The Summit, is complete and we are 3 songs into the follow-up.  Expect another ULS single in mid-August!! 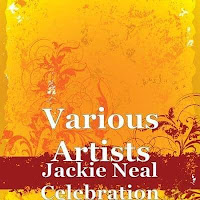 FBF:  You recently issued an anthology paying tribute to the late Jackie Neal…..can you share some of her story to those not familiar with her great music and tell us a little bit about the project itself?

SJB:  Jackie Neal is the late sister of Swamp Blues guru Kenny Neal.  She was an amazing artist with a bright future, and seeing the fruits of a successful career. Unfortunately, her career was short-lived in 2005 by the hands of a jealous boyfriend. The Jackie Neal Celebration is a 9 song compilation of Ms. Neal’s biggest Southern Soul anthems.  It features some of the greatest female talents in the mid-south, with a jam track from Rashad the Blues Kid and myself.  The album is available at all major online retailers.

FBF:  What is it about Mississippi that produces so many great musicians and inspires so much artistic creativity?

SJB:  Simple....Mississippi is where the soul is.

FBF:  Musically speaking, is there anything that you want to do that you haven’t had the opportunity to do yet?

SJB:  I would love to produce a duet with Buddy Guy!!  I think that would be a dope song! Definitely from the ULS take of the Blues.  And I haven't toured with Urban Ladder Society yet, but I see myself on our tour bus now!!!  Other than that, I feel fulfilled in my musical journeys, though I push to keep growing in ability, creativity, and longevity.

FBF:  (Bonus Question) What are some of your favorite albums….the ones you keep playing over and over?