A Chat With........Barbara Blue, The Queen of Beale Street 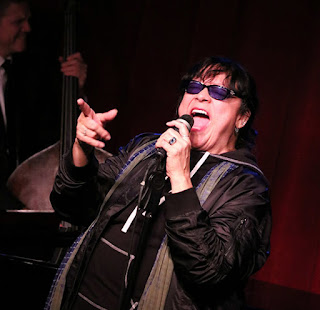 It's been awhile since FBF sat down and talked with any blues folks.  Actually, time constraints have made it pretty difficult for your humble correspondent to put one together during the past couple of years and, hopefully, that will start to change in the near future.......it's just a day to day thing right now.  However, this week's post will feature a chat (yes, I know that we've been calling these "Ten Questions With......." in the past, but we slightly exceeded our Ten Question limit more so than usual this time around) with the Queen of Beale Street, Ms. Barbara Blue.

Now, I've been listening to Barbara Blue for nearly 17 years, since I first reviewed her Sell My Jewelry album for Blues Bytes.  She was compared to Etta James and Janis Joplin (I've always leaned more toward the Etta comparisons).  Since then, we've kept in touch via email and later Facebook, and it's been a thrill watching her develop as a singer/songwriter/performer as each subsequent album has exceeded the quality of its predecessor.  She's one of the most powerful blues singers out there these days, equally adept in the soul/R&B vein and blues-rock, but trust me, she FEELS the blues from her head down to her shoes.

Actually, I sent her these questions after the release of her previous album, Memphis Blues - Sweet, Strong & Tight, but for one reason or another, we were never able to get things started or finished, and when the blog went on hiatus, it sort of fell by the wayside.  Flash forward a couple of years and we touched base again and got it together just in time for her latest album release, Fish in Dirty H2O on her own BIG Blue Records, which is one that blues fans definitely need to add to their collection.  If you haven't heard her before listening to this one, though, you will definitely want to hear more.  After you finish reading here, be sure to visit Barbara's website and check out some of her music.  You'll be glad that you did. 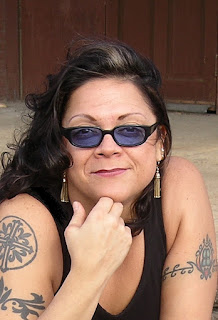 Friday Blues Fix:  How does a girl from Pittsburgh, PA become the Queen of Beale Street?

Barbara Blue:  Hmmmmmm….. I’ve been there 21+ years 5 nights a week…..  lots of hard work….  Over 5000 shows on the same stage night after night promoting Memphis, Blues & Memphis Music.  I guess I have to credit Mr. Larry Nix with “calling” me THE Queen of Beale Street …… and I opted for the Reigning Queen of Beale Street….  Ms. Ruby (Wilson) was still alive then and we were friendly ….and I wasn’t out to take her title or hurt her feelings ….but it stuck. Especially after I recorded my 7th CD …..Royal Blue out of Willie Mitchell’s “Royal” Studios.  It just all seemed to work.

FBF:  Were you a fan of the blues from the beginning, or did you arrive there from another style of music?

BB:  I arrived in the world screaming Oct 12, 1958.  I had been born with colic.  My beautiful mother and I make a joke I arrived the same way I will exit.  Ha!!  There was ALWAYS music in my life…. if not the radio, records, or the TV, school choirs, school plays, church, HS marching band.  I was always exposed to the blues and always had the blues.  I was a chubby kid / tomboyish (I had 4 brothers) …… my mum & dad always played records: Johnny Cash, Ray Charles, Petula Clark, Tom Jones, The Rat Pack, Eddie Arnold, Meet The Beatles, Peggy Lee, and on and on …..  I taught myself guitar and held concerts in my back yard with neighborhood kids…..  I didn’t play many song over 4-6 chords!!  But I have a LOVE for Jazz & Country…..  Moved to AZ in 1977 and played any gig I could, mostly biker bars and open mic nights and little gigs here and there…..Then I met my first ex-husband and moved to Detroit MI…..  I would go out on talent nights and sing.  One of the highest paying was a country gig …and I love singing Patsy Cline, Willie, Waylon & the boys …..and one night in particular the guitar player (Rob) said to me you have the best blues voice I’ve ever heard…. you should go and check it out.  So I did just that …..the year was 1980 and I joined the “City Limits Blues Band” … I found out a lot of the song I had loved and been singing all my life were blues rooted.

FBF:  Who are some of your influences as a singer?

FBF:  What has changed about the music scene in Memphis since you moved there?

FBF:  You’ve pretty much played full time at Silky O’Sullivan’s since 1997.  What’s a typical nightly gig at Silky’s like?

BB:  There is no typical night at Silky’s … I think that’s why I’ve been there soooooo long… It’s like traveling but I stay put!!!  On an average night we might just have 3 countries represented England, Canada, and Australia…..but most nights there are many more from around the world and across the US.  It’s a blessing of a gig!!! 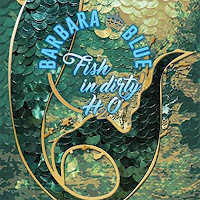 FBF:  Can you tell us about some of the songs on Fish In Dirty H2O?

BB:  The original title was “MY HEART BELONGS TO THE BLUES,’ then Al Kapone knocked “Fish In Dirty H2O” outta the ball park ……

The classic “Come In My Kitchen” hits two of my most fave things on earth ….  My Mama and my KITCHEN!!!  Ha!!


FBF:  You co-produced this release with Jim Gaines….was this your first experience producing?

FBF:  What is involved with producing a record?

Gathering materials, musicians, songs, studios etc. …. schedules, keeping production notes ….budgets ….on and on and on….

FBF:  How does it feel to be singing with this legendary group of Memphis & Muscle Shoals musicians backing you? 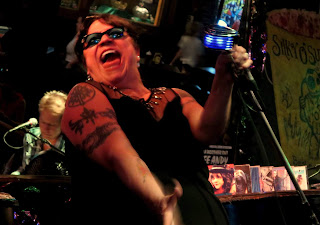 FBF:  Can you share one of your favorite memories about being a musician?

FBF:  What music do you listen to in your spare time?

FBF:  I’ve read that you’re a fantastic cook……what are some of your signature dishes?

BB:  Well…..too many to choose from …faves are Italian ~ Mexican & Comfort!!!  AND I LOVE to BAKE!!!  Been baking since I was a little girl.  I used to make my dad pies/cookies/ cakes for his lunch…. he always told me they were GREAT so I believed him!!  The power of positivity!!

FBF:  What would you be doing if you weren’t a performer?

BB:  Not sure, maybe a restaurant entrepreneur or a nurse or doctor.

FBF:  Is there anything musically that you haven’t done that you would like to do?

BB:  The Apollo Theater in Harlem.

FBF:  Do you have any future projects already in the works?